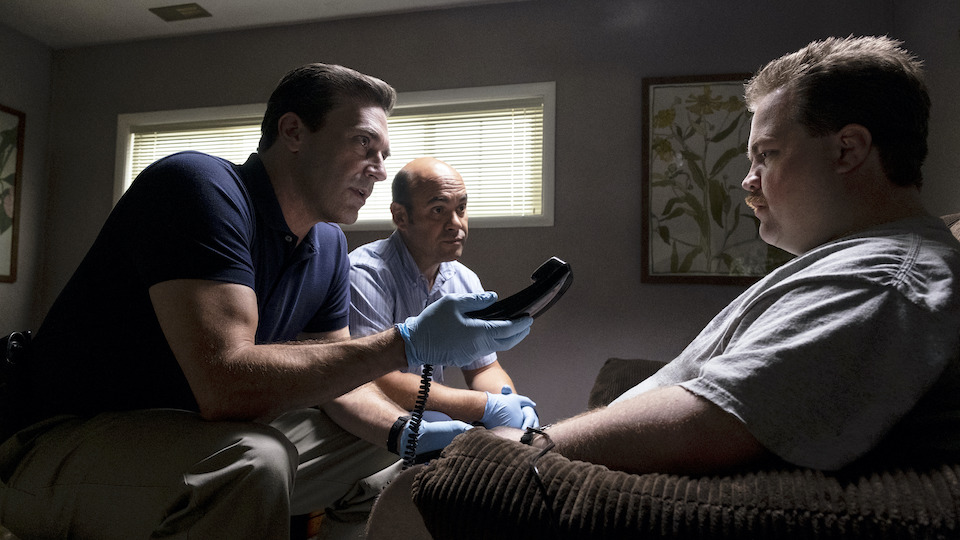 Clint Eastwood returns with his 38th feature film as director, to tell the remarkable true story of Richard Jewell. It’s yet another tale of ordinary American heroism, but following Sully (bland) and The 15:17 to Paris (dreadful), this is something of a return to form for the Hollywood icon.

Played by Paul Walter Hauser, Richard Jewell is an awkward loner who still lives with his mother. He is obsessed with law enforcement, and hopes to one day be a police officer. For the time being he has to settle for being a security guard. At a concert arena during the 1996 Summer Olympics he discovers a suspect package. No one takes him seriously at first, but they should, because the package contains three huge pipe bombs.

The bombs explode, killing one person and injuring over a hundred, but thanks to Richard’s quick thinking and insisting that law enforcement take the threat seriously, hundreds of lives were saved. Richard is hailed a hero by the media, but within a few days his life is turned upside down.

The FBI take a look at this oddball loner and profile him as a “hero bomber” – someone who would plant a bomb, just to find it and become the hero. They abandon all other leads and Richard is railroaded into becoming the only suspect. When FBI agent Tom Shaw (Jon Hamm) leaks this info to Atlanta journalist Kathy Scruggs (Olivia Wilde) she prints the story, and Richard’s life is essentially destroyed overnight.

Hauser is tremendous in the titular role, managing to be both deeply sympathetic, and incredibly frustrating. He can’t seem to see how his deference to law enforcement, his officiousness, and obsession with being an authority figure make him look guilty. It’s a terrific, vulnerable performance, and he is ably supported by Kathy Bates, Oscar nominated as his mother Bobi, and Sam Rockwell as Watson Bryant, the scraggy, anti-authoritarian lawyer who represents Richard.

Olivia Wilde is given the difficult role of Kathy Scruggs, here portrayed as the prototype for the sensational, parasitic journalism that the 24-hour news cycle in America would come to typify. Wilde is very good in the role, but the character is written in a deeply unsympathetic way. The real Scruggs died in 2001, and there is something very problematic about negatively portraying someone who isn’t still here to defend themselves, especially when the film itself is about facts, evidence, and integrity.

It is the one negative in an otherwise excellent film. As always with Clint Eastwood pictures there is nothing overtly stylish or visually interesting about the finished product. He keeps everything in simple mid-shots, and the focus remains on the characters and the story. In his typically gentle, probing style, Eastwood exposes the catalogue of failures and disgraceful decisions made by the FBI, as well as the media’s scandal hungry response.