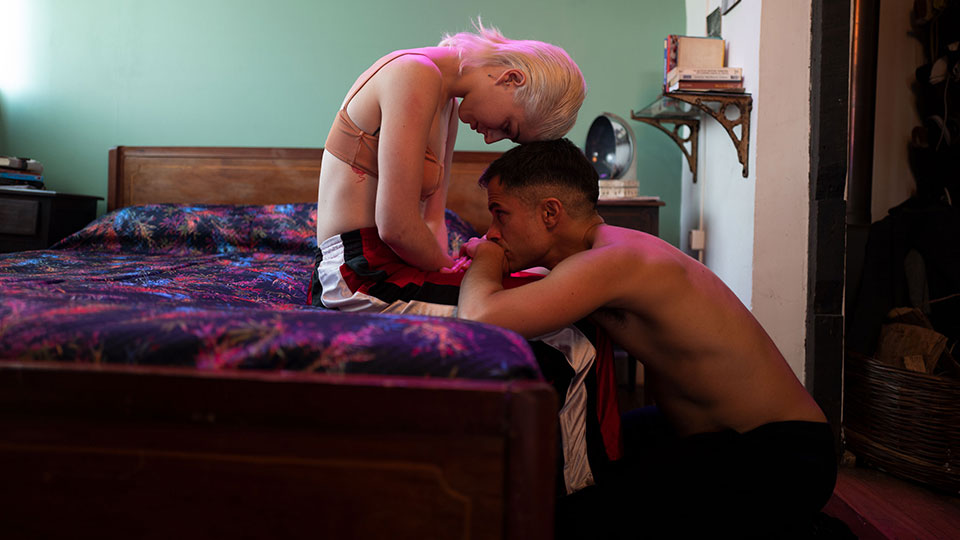 Pablo Larraín’s new film Ema will stream exclusively on MUBI from 2nd May 2020.

The film is described as ‘an intoxicating comment on sex, power and chaos in modern-day Chile’. Ema is a a whirlwind of provocative, no-holds-barred anarchy, anchored by a searing central performance from rising star Mariana Di Girolamo alongside Gael García Bernal (The Motorcycle Diaries).

Ema (Di Girolamo) is a young dancer in a reggaeton troupe: effortlessly magnetic and dangerously impulsive. Her toxic marriage to older choreographer Gastón (Gael García Bernal) is beyond repair, following a rash decision to hand their adopted child Polo back into the hands of the state. Racked with regret, she sets out on a mission to get her son back, not caring who she’ll need to fight, seduce or destroy to make it happen.

Take a look at the UK poster for Ema below:

Ema is driven by an electrifying original score by Nicolás Jaar and a reggaeton track list plucked straight from the streets of Valparaíso.