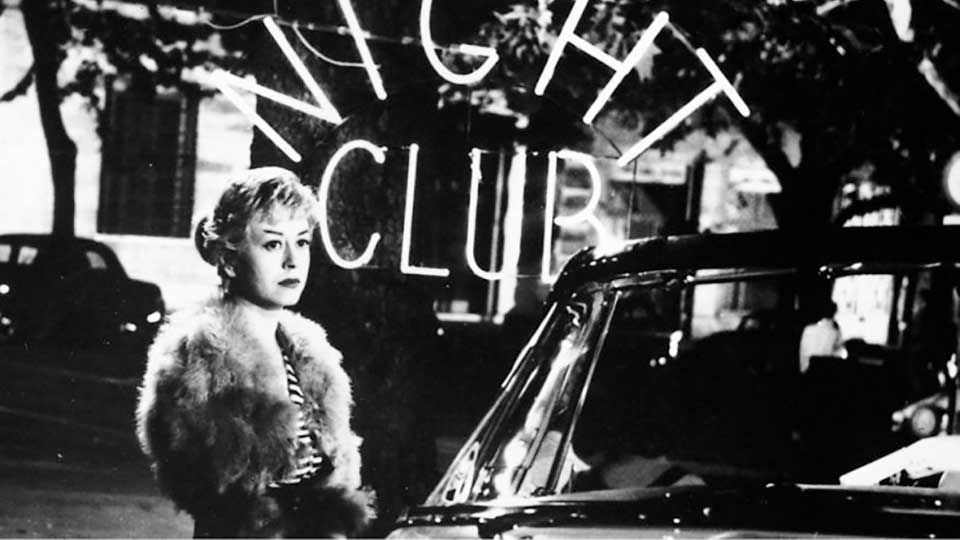 There are many critics and film buffs who say that Nights of Cabiria (Le notti di Cabiria) is Italian director Federico Fellini’s best work. Released in 1957, the at times charming and funny, yet also brutal portrayal of the vagaries of a prostitute over the course of a day is certainly distinctive and unforgettable.

The two-hour odyssey spent in the company of Cabiria (played with great depth and sensitivity by Fellini’s wife Giulietta Masina) passes like all four seasons rolled into one, with little plot but no shortage of incident. Cabiria, believing a man to have good intentions, is lured to the banks of the Tiber, and her handbag is snatched as she’s pushed into the waters to drown. A sequence that is as funny as it is undignified sees her rescued and resuscitated by locals, but it ends up being the high-point of her fortunes for that day.

From there, Cabiria is picked up by a high-profile movie star (played by Amedeo Nazzari), but finds herself trapped in his bathroom when his jealous girlfriend returns at short notice. Not that the other prostitutes who assemble under the arches of the Baths of Caracalla believe her when she tells them about her encounter! Like a boat in a storm, Cabiria is jostled in and out of various situations and people’s lives, all the time struggling to retain her hope and self-respect, against increasingly brutal odds.

Nights of Cabiria is a beautiful film, and Fellini’s powerful skill is in holding our attention and presenting us with a captivating protagonist whom you really care about. This is a character-driven story, with the plot little more than a series of disconnected set-pieces, all of which amount to twenty-four hours in the life of Cabiria.

The wonderful Giulietta Masina has a face for both comedy and tragedy, and she straddles the fine line in between with consummate skill. Throughout the film, she is beguiling. Wanting to know how things work out for Cabiria is more than enough to hook the audience and maintain a thoroughly absorbing story. Though viewers who prefer a strong narrative thread may grow restless with the meandering nature of the plot.

The locations are well-chosen, from Cabiria’s oddly isolated house to the grandeur of the ancient ruin of the Bath of Caracalla, the backdrop for seedy criminal activity. There is a sumptuous score by Nino Rota, who would go on to compose the soundtrack for Franco Zeffirelli’s Romeo and Juliet. The film looks great restored to 4K definition from the original black and white film elements. Extra features include a half-hour interview with film historian Phil Kemp and the original trailer.

The Nights of Cabiria is presented, along with The White Sheik, as Studiocanal’s tribute to Fellini’s centenary. If you’ve never before seen a picture by one of Europe’s finest and most stylish directors, then The Nights of Cabiria, often regarded as his finest work, is the perfect place to start.