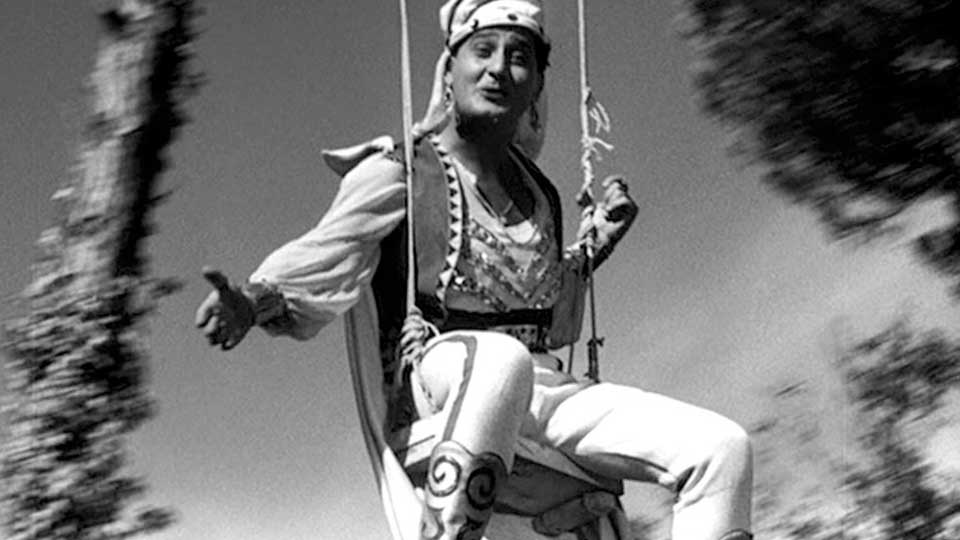 Italian filmmaker Federico Fellini is one of the best-known directors outside of English language movies. The White Sheik is his charming 1952 romantic comedy, which starred Leopoldo Trieste and Brunella Bovo as a young married couple. It was his solo directorial debut, and an impressive start to a distinguished career in cinema.

In times when the streets of Rome are, like countless other major cities in the world besieged by a pandemic, almost devoid of tourists and pedestrians, falling into the charms of The White Sheik and enjoying its Italian tourist board-style location filming around so many significant landmarks is a tonic. This light-hearted, funny, vibrant and stylish comedy set in a European capital is the perfect antidote to the chaos and isolation we find ourselves in.

Ivan Cavalli (Trieste) is excited to take his wife Wanda (Bovo) to Rome to meet his uncle and extended family. Everything must be perfect. But as the neurotic Ivan fusses and panics, Wanda looks for an escape from her new domestic reality. She is madly in love with cinema hero the “White Sheik” (played by Alberto Sordi), and when she learns he is filming nearby, she visits the studio to present him with a portrait of his character. Unexpectedly, Wanda becomes embroiled in her own little adventure, learning that what she sees on the silver screen is far from reality. At the same time, an increasingly frantic Ivan desperately looks for his missing wife, whilst making excuses to his uncle to explain her absence. But they are due for an audience with the pope. Will the stars align to bring the newly weds back together, or will their sudden separation prove permanent?

Fellini’s delightful film presents some big moral themes in a highly entertaining way. Be careful what you wish for, you might just get it. The grass isn’t always greener on the other side. Never meet your heroes! You’ll laugh along to the misfortunes of Ivan and Wanda.

The White Sheik is remarkably modern film, with stylistic story-telling devices that set it in a higher league than run of the mill romantic comedies. The parallel stories of the husband and wife are woven together with great skill and flair.

Extra features include a fifteen-minute documentary Fellini’s White Sheik and Other Stories, and a short look at Fellini’s Collection at the Lilly Library. The film is presented in a 4K restoration of the original black and white prints. The title is released along with The Nights of Cabiria as a celebration of Fellini’s centenary.