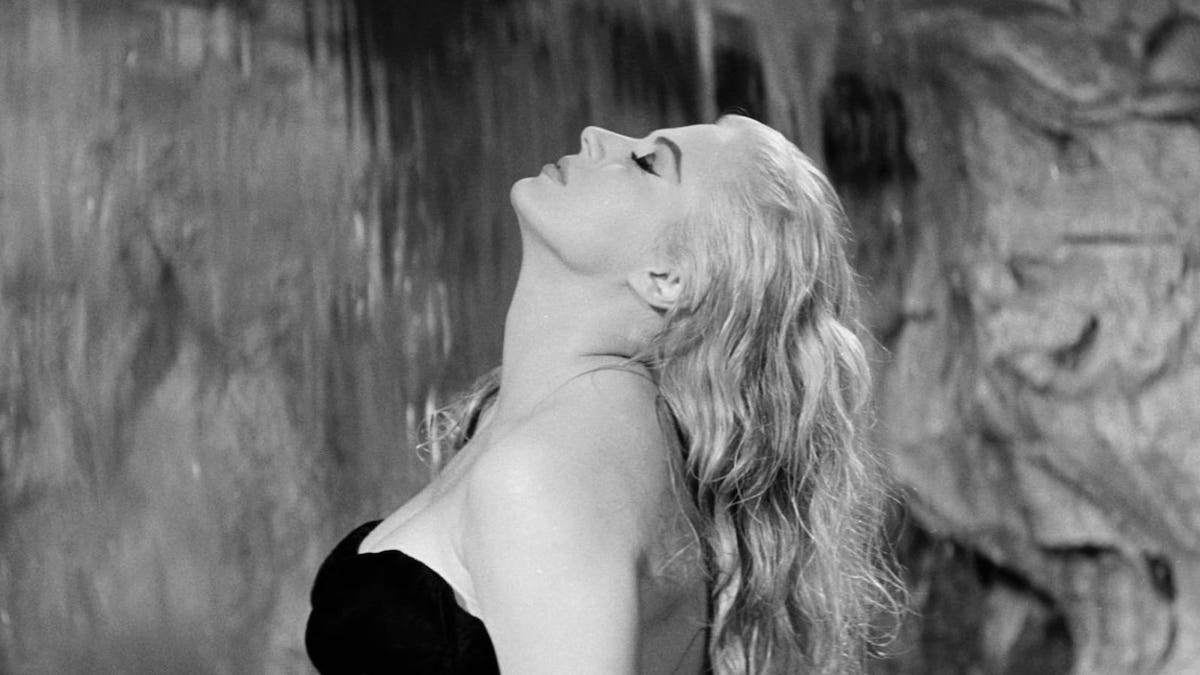 Revisiting these cinematic milestones can sometimes feel more like homework than escapism. Especially with the kind of must-see films that have been canonised as “important” and are responsible for establishing the way film theory has been taught and discussed for the past 60-years. Federico Fellini’s ‘La Dolce Vita’ is one of those films.

A sprawling, meditative, arthouse epic, which in the same way as the New Wave films coming out of France, helped to reshape the language of cinema. But unlike so many of its contemporaries ‘La Dolce Vita’ never feels like hard work. A magical piece of cinema, Fellini’s masterpiece—even at 3-hours long—transports you away to the decadent and stylish sweet life of 1960s Rome.

Told in a loose, episodic manner, the film takes us on a journey into the glamorous world of post-war Rome. A thriving and buzzing metropolis, where the old and new worlds collide. Wandering through the heart of this is Marcello (Marcello Mastroianni), a cynical gossip journalist, who spends his evenings partying with the beautiful people he will be writing about in the morning. As he moves through the night with movie stars and wealthy aristocrats, Marcello is perpetually trailed by a gaggle of intrusive, bulb flashing ‘paparazzi’ (a term coined by this film) wanting to see who he is with.

The film’s most well-known chapter finds Marcello keeping company with the famous and almost impossibly beautiful actress Sylvia (Anita Ekberg). This rapturous encounter culminates in her frolicking in the Fontana di Trevi. The enigmatic ending to this sequence, as though waking from a dream, perhaps holds the key to Fellini’s vision of the sweet life. Is any of it real? This weightless existence of superficial beauty, gaudy wealth, and empty intellectualism.

The film teases us with dreamlike images and subtle shifts in reality. Look no further than the introduction to wealthy intellectual Steiner (Alain Cuny), in a truly extraordinary single shot that splits the viewers perspective. Fellini is constantly reminding the viewer of the artifice of this life, breaking the fourth wall in curious and surreal ways.

Endlessly playful, bitingly satirical, visually beautiful, funny, sexy, and savagely critical of the socialites and social parasites it depicts, ‘La Dolce Vita’ is one of the greats of European cinema. Presented here in a stunning new release from Criterion, the film has never looked better. But make no mistake, ‘La Dolce Vita’ is anything but sweet.

This new release comes packed with extras. First up is The Eye & The Beholder, a wonderful visual essay from kogonada, which explores the meaning and potential influences behind the extraordinary and ambiguous final shot. Next up is an interview with Fellini from 1965, conducted for NBC news. This is an in-depth discussion, covering lots of ground.

There’s an interview with Lina Wertmuller from 2014. She began her career working with Fellini, and in this interview she reflects on her collaborations with the great director. Also from 2014, is an interview with David Forgacs, which provides a social and historical context for the events that take place in ‘La Dolce Vita’.

Next up is an interview with Italian film journalist Antonello Sarno, who provides a kind of sprawling account of what Rome was like at that time, and what the shoot of the film was like. He talks about how it has become the quintessential Italian film, and its massive influence on pop culture and fashion. The disc also comes with an audio only interview with Marcello Mastroianni from 1963 discussing his relationship with the director. Finally, on the disc there is Felliniania, which is a gallery of memorabilia related to the film.