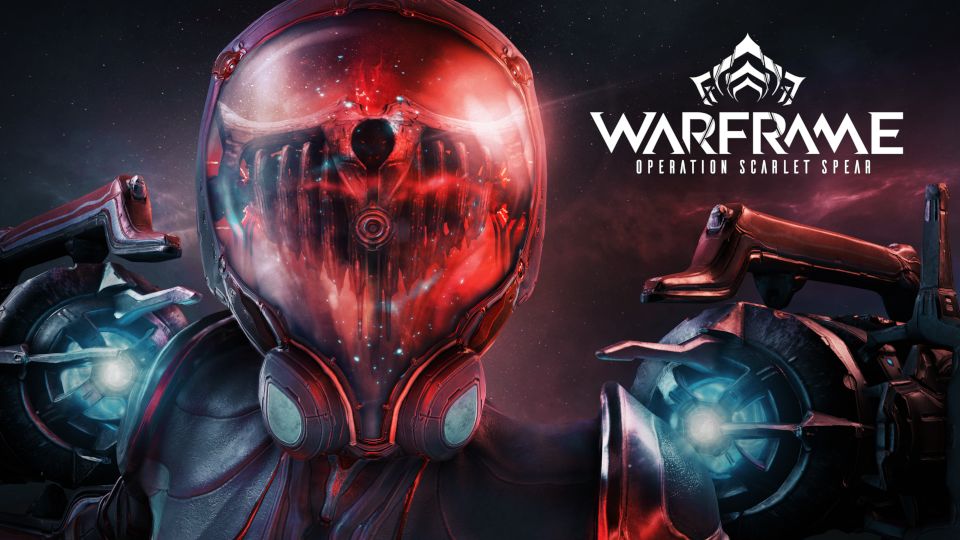 Scrambling to counter the Sentients’ first offensive wave of the New War, players will form plans in the new Operation Room before launching expanded cooperative land and space battles. Only with Operation Link (formerly ‘Squad Link’) will Tenno stand a chance to stave off Sentient incursions in this time-limited event. Operation Scarlet Spear is a 4-week event, starting today until 21st April.

The new trailer shows the Sentient threat deploying their forces across the Origin System. The first wave of Sentient scouts have breached the Veil Proxima using Ramsled ships to disrupt Tenno momentum. Honing in on Railjack ships, the invaders send forth boarding parties, including Anu Mantalysts and Anu Interference Drones, to disrupt and disable systems, from Side Turrets to Battle Avionics to Speed Boosting, testing Tenno resilience.

To thwart this attack gamers can now plan their strategies in a new 40 person Relay and then embark on four-player missions which utilise cooperative ground and Railjack attacks as they attempt to achieve community goals. Each successful Operation builds progress that adds to the overall community goal, driving back enemy forces before the invasion engulfs the entire Origin System.

Operation Scarlet Spear will be available on Xbox One and PS4 at a later date.

For more information head over to the official Warframe website.

View some Operation Scarlet Spear screenshots in our gallery below:

In this article:Digital Extremes, PC, PS4, Warframe, Xbox One