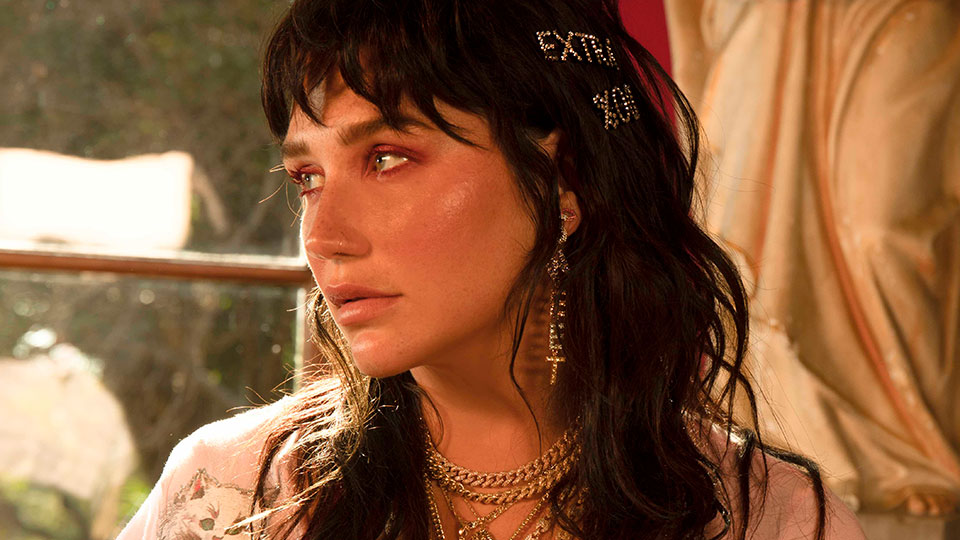 Kesha made a triumphant return to music in 2017 with her third album Rainbow. Led by the powerful single Praying, the once wild party girl showcased a different side to her talents. Arriving following the singer’s long legal battle against producer and label owner Dr. Luke, the album threw the public’s perception of Kesha on its head as she embraced a more organic sound that allowed her voice to shine without auto-tune and heavy pop production. Three years on and Kesha is back with fourth album High Road, building on the momentum she’s rebuilt over the past few years.

High Road is a shock to the senses following Rainbow. The easiest way to describe it is a mash-up of Kesha’s first two albums with a sprinkling of her last studio album. The reflective and more personal approach of Rainbow has, for the most part, been put to one side while Kesha’s party girl persona returns to hog the spotlight. Opening track Tonight makes you think you’re in for a similar ride to Rainbow but that’s quickly turned on its head when the auto-tune creeps back in and the rap-singing that made her famous takes over.

To be honest, it should have been obvious that High Road was going to be a poppier more chart-friendly record. Lead single Raising Hell featuring Big Freedia incorporated gospel with dance beats while second track My Own Dance plays on the persona that brought Kesha to chart glory in the first place. Throughout the record there’s Kesha’s signature defiance as she does basically whatever she wants. Title track High Road uses the double meaning of rising above adversity and literally getting high to drive the lyrics, Little Bit of Love is a dreamy Taylor Swift-esque anthem, and The Potato Song (Cuz I Want To) borrows a bit of grandeur from The Greatest Showman for one of the album’s more throwaway and bratty tracks.

For me, the best moments are when Kesha steps away from the bravado and concentrates on making music that genuinely surprises the listener. The gentle Cowboy Blues is a stripped-back moment of raw honesty while Resentment featuring Brian Wilson, Sturgill Simpson and Wrabel, moves closer to Country for the album’s true standout moment. Closing track Chasing Thunder is another moment where Kesha’s talent is able to shine away from the production and gimmicks.

High Road is very much an album of two parts. Kesha is trying to appeal to both parts of her fan base and that makes for a project that while sonically interesting isn’t particularly cohesive. The reception to it from fans has been fairly muted compared to the rapturous way in which Rainbow was received. It seems to me that Kesha isn’t sure which side of her stage persona she wants to pursue but while she continues to incorporate both, it’s just going to confuse fans. Personally, I prefer the Kesha that’s come out of adversity stronger and determined to show her talent as an artist.