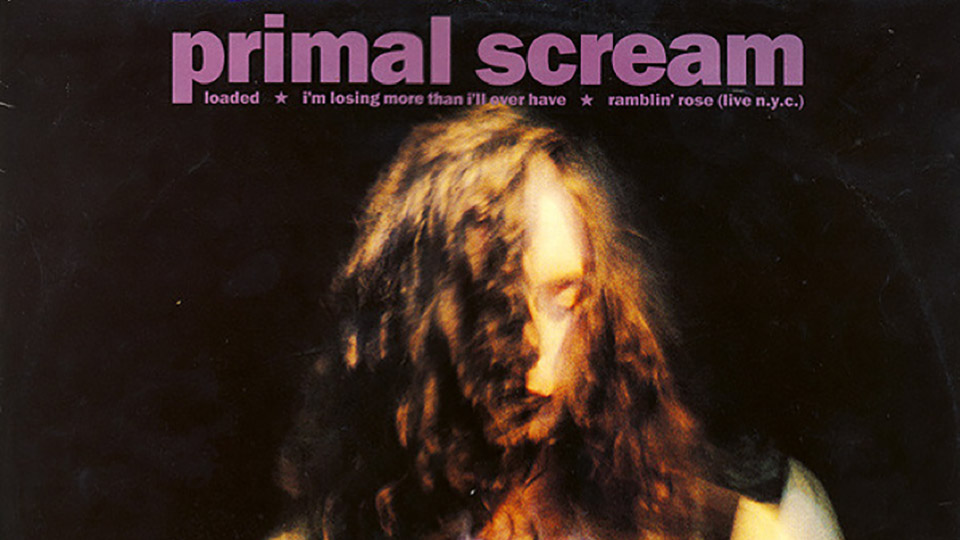 The release features the EP’s original tracklisting on 12 inch, 180 gram black vinyl with extended artwork and a gatefold sleeve.

When ‘Loaded’ was first released, Primal Scream frontman Bobby Gillespie told Melody Maker, “I see ‘Loaded’ as a dub record and I think it’s closer to the sort of radical reconstructions that Jamaican producers like Joe Gibbs used to do with reggae songs in 1973 or 1974 than anything.”

The AA-side of the EP opens with I’m Losing More Than I’ll Ever Have, a track that producer Andrew Weatherall reconstructed Loaded from, and which featured on the band’s self-titled album from 1989.

The EP is completed with a frenetic live recording of Ramblin’ Rose, which feels closer to MC5’s frenzied version rather than the original rock ‘n’ roll song recorded by Jerry Lee Lewis.

You can see Primal Scream at the following dates: