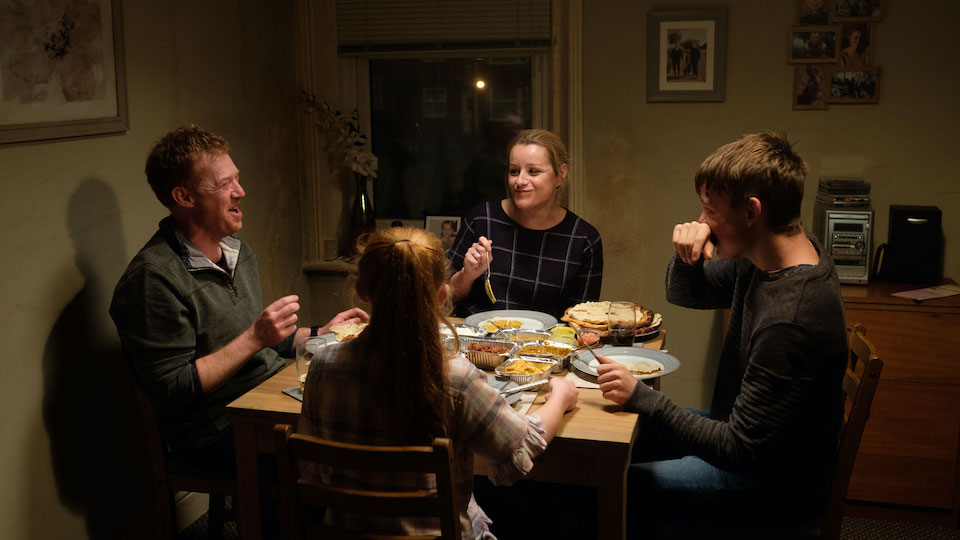 Having taken a brutal swipe at the Department of Work and Pensions, the benefits systems, and the cruelty of austerity with the ferocious and heartfelt masterpiece I, Daniel Blake, director Ken Loach and screenwriter Paul Laverty are now taking aim at the indignity and exploitative world of zero-hour contracts and the gig economy. Sorry We Missed You is a vital and powerful film about the harsh realities many people face in the modern workforce.

Struggling to make ends meet since the financial crash, Ricky (Kris Hitchen) makes the decision to take out a franchise in a courier company and become a self-employed delivery driver in the hope that this will help to support his family. However, in order to afford the van he has to sell the car his wife Abbie (Debbie Honeywood) uses for her job as a care worker on a zero hours contract.

In order to have any chance of paying off the van and making enough money to put food on the table, Ricky has to work every hour god sends. He is constantly under pressure, as every missed delivery costs him money, and every day off leads to him being fined by the company. Adding to his and Debbie’s stress, their teenage son Seb is going off the rails, and their young daughter Liza Jane is trying to keep the family together, but the anxiety is crushing her.

Loach approaches the film with the minimal amount of fuss, staging everything with a stark simplicity. There is nothing stylistic to distract from the profound humanity on display. In a similar vein to I, Daniel Blake, Sorry We Missed You will make you care deeply for these characters, whilst filling you with rage at a system that perpetuates such cruelty against the most vulnerable people in society.

If you’ve ever phoned up a courier company and lost your shit at someone because your delivery window has been missed, Sorry We Missed You will be an eye-opening experience for you. Based on real life testimony from anonymous drivers, the scenes at the depot where the manager (Ross Brewster) rules the roost like some prick dictator are astonishing. In theory, the drivers are all self-employed, but they are completely held at the whim of this company. They have no basic employment rights, yet they are frequently sanctioned when their home lives interfere with work. This means they are in a never-ending cycle of debt with the company they supposedly don’t work for.

As he has done many times before, Loach employs a predominantly non-professional cast of actors. This does mean the delivery of dialogue can sometimes be a bit flat, and there’s the occasional flubbed line, but this is balanced out by the incredible level of authenticity they bring to the roles. Debbie Honeywood in particular will break your heart when her stoicism finally cracks.

As with all Ken Loach films there’s an agenda behind the polemic, which I know a lot of people find off-putting about his films, but you could hardly say the politics of Sorry We Missed You are unimportant. The government will proudly tell us that unemployment is at the lowest level it has been for a decade, but how has that been achieved? What jobs are people doing, and how are they being exploited? Sorry We Missed You shines a critical light on the reality behind the headlines.

Sadly it is only getting a DVD release in the UK, but there are some decent special features on the disc. There is an audio commentary with Loach and Laverty. There’s a short behind the scenes clip about the making of the film, including interviews with Ken Loach and Paul Laverty. Also included are 5-minutes of deleted scenes. There’s a gallery of paintings by Aidan Doyle, and finally an in-depth fly-on-the-wall documentary about the making of I, Daniel Blake.