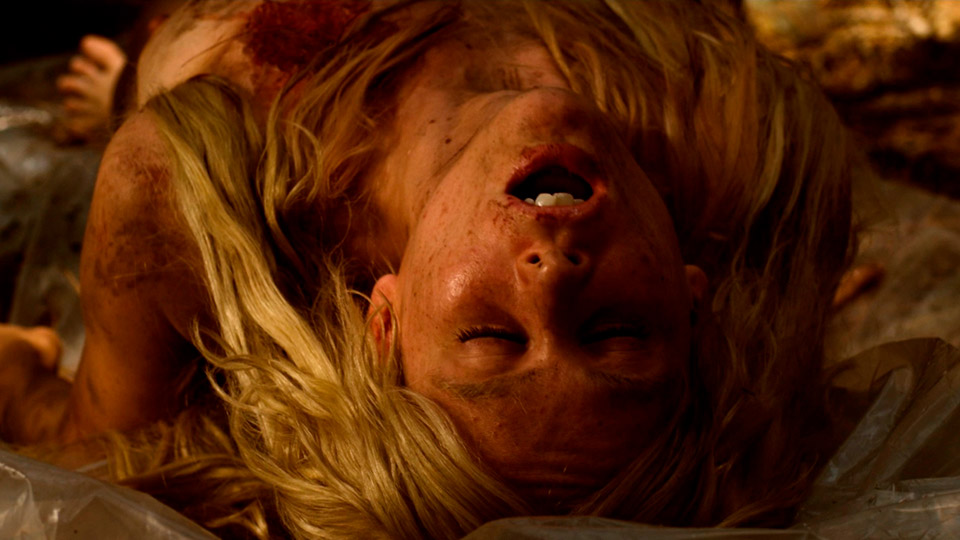 Late night radio DJ Rod Wilson (James Wright) hosts a horror-themed show where he takes calls from listeners and shares terrifying tales. After taking a number of calls, Rod is spooked when he gets a call from a child begging for help. Initially believing it to be a prank, Rod doesn’t pay much attention but when the child calls back, things take a turn for the unexpected.

A Night of Horror: Nightmare Radio is an anthology film of shorts, threading together a series of standalone scary stories told by Rod. Each of the shorts plays out in full with nothing more than the occasional voiceover from Rod before the action cuts back to the radio studio where Rod is eager to take another call.

After opening with a twist on The Invisible Man, the first highlight comes with a period short featuring a little girl trying to take a photo of a dead girl. Scared that the girl may not be dead, she takes the coins from her eyes – that block the divide between the living and the dead of course – and inserts them in her mouth. When the body doesn’t react, the little girl sets about taking her photo but she’s convinced that the little girl isn’t really dead. It’s unsettling but surprisingly very effective.

As with any film that’s constructed like an anthology with shorts, not everything works here. One particular gruesome short sees a rogue barber scalping a woman, while a twist on the mermaid myth lacks the punch of some of the better moments here. Another is a chilling tale of a man convicted of rape and murder who is punished with horrifying surgeries by the family of the girl his victim. It’s not the easiest to watch and it didn’t really go anywhere by the end.

The Smiling Man is one short that hits all the marks, making you feel uneasy and proving to be pretty scary. Another truly creepy moment finds a woman terrorised in her own home, convinced there’s a shadowy figure trying to get her. It’s quite a claustrophobic watch and plays into shock scares effectively.

A Night of Horror: Nightmare Radio is solid enough but it’s not particularly ground-breaking. Last year’s Scary Stories To Tell in the Dark attempted a similar thing and like this film, that one didn’t leave cinemagoers completely satisfied. The overarching storyline with Rod didn’t really work for me and the shorts felt more random than they did properly themed. A Night of Horror: Nightmare Radio is an interesting enough idea but it could have been a lot better executed.