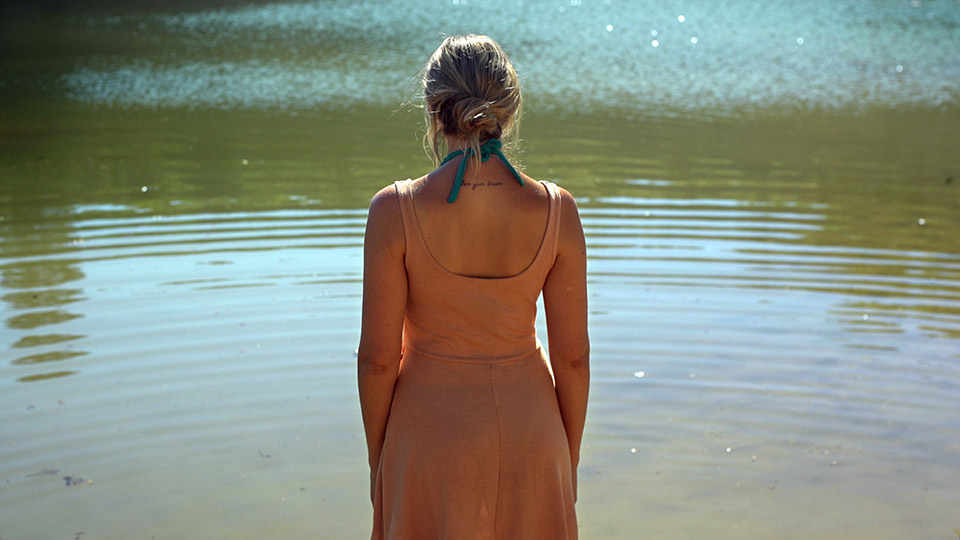 Alicia (Paula Silva) gathers up her friends Tincho (Rafael Beltrán) and Tola (Luis Pazos) for an afternoon at an abandoned quarry, where they used to hang out when they were younger. She sees it as an opportunity to introduce them to her new boyfriend Bruno (Augusto Gordillo) and for the group to have fun together. What starts off harmless enough, transcends into a nightmare as jealousies cause the group to butt heads and leads them down a path they won’t be able to return from.

Billed as a harrowing and gritty thriller, In The Quarry takes a fairly familiar premise but sadly does absolutely nothing with it. For a film that’s only 82 minutes in length, it’s a full near 55 minutes before anything of note actually happens. Up until that point it’s overly long set-up establishing that Alicia’s new boyfriend might not be the nice guy he makes himself out to be and that her history with Tincho (or Martin as he’s also referred) is going to end up causing the whole group problems.

Aside from setting that dynamic up, the film is full of inconsequential conversations that serve to film time rather than drive the plot. When the inevitable ‘twist’ does finally arrive, it seems so out of character for the person involved that I simply couldn’t buy into what was unfolding. The film switches from a (very) slow-building thriller into one loosely about gender violence. I say loosely because actually it just gets nasty with violence against the one female character for no reason other than try and shock the viewer.

The biggest problem with the film, aside from its lack of much plot, is that the characters have absolutely no development. We don’t understand the dynamic between Alicia, Tincho and Tola’s friendship. There’s not a great deal on offer about Bruno or how his relationship with Alicia started. That means you can’t root for these characters and just when you think you might be starting to care, the film ends abruptly with no clear resolution.

The performances are fine. Rafael Beltrán is the best as the trouble-making Tincho but due to the lack of character development, he doesn’t really get to show what he’s capable of. The same goes for the other actors who are largely wasted in this film.

In The Quarry wants to be an edgy horror/thriller like I Spit On Your Grave, or at least in that vein, but unfortunately it’s just completely dull. It’s not a film I’ll be able to bring to memory in a few weeks’ time and it adds nothing to the genre that hasn’t been done before, a lot better. If I’m being completely honest, I’m not even sure I’d call this a horror.