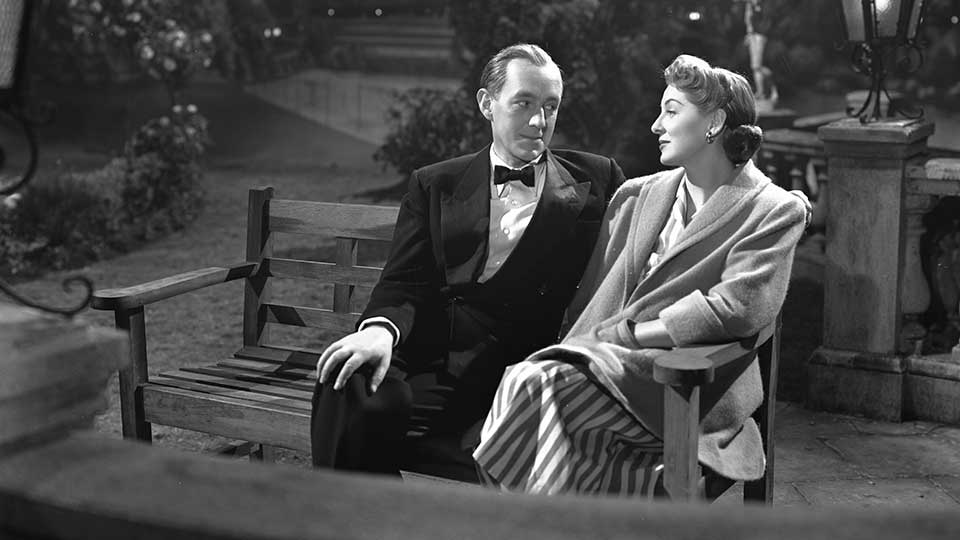 The incomparable Alec Guinness stars in Last Holiday, a 1950 British black comedy that was filmed shortly after the actor’s landmark success in the Ealing Studios classic Kind Hearts and Coronets.

Guinness plays George Bird, an unremarkable bachelor who is informed by his doctor that he has a rare but fatal illness. Deciding to make the most of what little time he has left, Guinness uses all his worldly wealth to check into a luxury hotel in Torquay and experience the high life for the first – and last – time. But now that he is waiting for death, George finds that his personality has changed. He has become more carefree and outspoken. Before long, he attracts the attention of the hotel staff and fellow guests, most of whom are above his social grade, but who have their own dramas to contend with. In his final weeks, George finds he’s never been more popular, nor more truly alive.

Last Holiday is written and produced by JB Priestley (An Inspector Calls), which shows the high calibre of the story. There is depth and texture to all of the characters, and George’s story, of a man who finally finds the confidence to contend with the world, is affecting and highly relatable. Alec Guinness brings his unusual yet sympathetic characteristics and considerable skills to the part of George Bird. The much-loved actor excelled at playing slightly other-worldly creatures, but he could always let audiences in on his character’s thought processes, and that’s exactly what he achieves here. George Bird is a memorable and fine creation, easily amongst Guinness’ all-time best.

Guinness leads a strong ensemble. Kay Walsh (who had starred alongside Guinness as Nancy to his Fagin in David Lean’s celebrated adaptation of Oliver Twist) plays Mrs Poole, a member of hotel staff who takes a shine to George. Beatrice Campbell plays Sheila, another potential love interest. The supporting cast is peppered with familiar faces. Bernard Lee (James Bond’s original ‘M’) plays a police detective catching up with the nefarious activities of one of the hotel guests (played by Brian Worth). Carry On stalwart Sid James gives his earthy humour as a plucky working class guest, and Wilfrid Hyde-White (My Fair Lady) plays an eccentric inventor.

There are some quirky moments of humour that make the film rather loveable. One of the chambermaids only talks in a whisper, Guinness is advised to shave off his moustache, and there’s a darkly humorous moment with a dinner gong. It is undeniably British, and typical of the immediately post-war era, when seaside holidays where at the height of their popularity. The location filming in Torquay adds to the sense of authenticity. There are strong themes of fate, luck, and the truth of carpe diem. One downside is that although the print has been restored for Blu-ray, the visual clarity of the 4:3 presentation is not remarkably clear. The sound quality too is fair but lacks detail and clarity. This may be reflective of the quality of the equipment used to make the film, or the poor state of the existing film reels prior to restoration.

There are a few extra features for behind-the-scenes enthusiasts. These comprise a 25-minute interview with Matthew Sweet, who discusses the themes of Last Holiday and puts it in context of the wider work of Guinness and Priestley; a three-minute clip of JB Priestley discussing his work (with his wonderful Yorkshire accent) and a short gallery of behind-the-scenes stills. Spoilers are involved, so be sure to have seen the film first!

Last Holiday is released by Studiocanal as part of the Vintage Classics range.