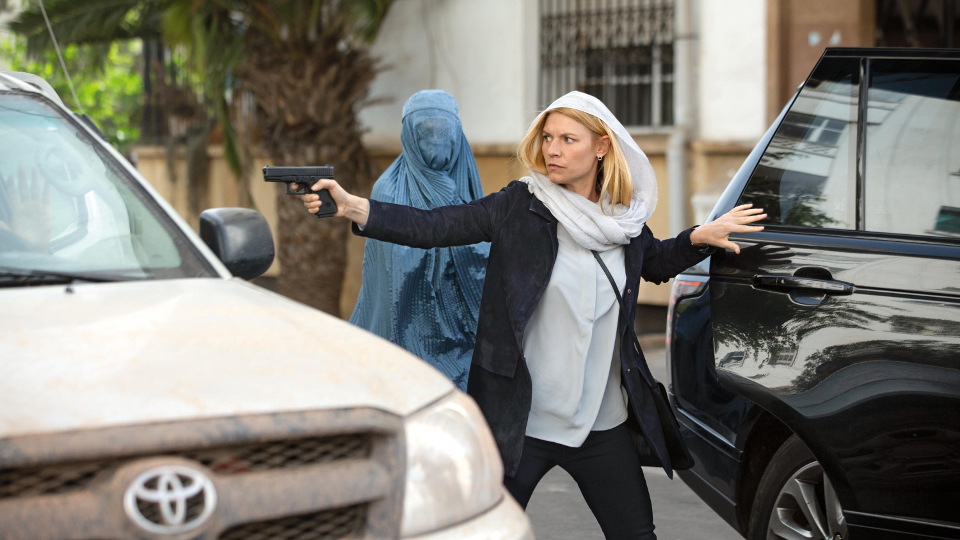 After his kidnapping, Saul convinced Haqqani that it must have been someone in his own camp who tipped off the Pakistani government to their meet. Haqqani realised it must have been his son, Jalal (Elham Ehsas), so summoned him to him. Jalal had been meeting with the ISI’s Tasneem Qureshi (Nimrat Kaur) but lied to his father about it. Instead Haqqani set a trap which proved his son was a traitor. After confronting him he threw him out on the streets.

Carrie (Claire Danes) stuck around instead of going back to Germany and had station chief Mike Dunne (Cliff Chamberlain) turn a blind eye to her proposed mission. She was sure that Yevgeny (Costa Ronin) would reach out to her again and suggested that he might even be recruitable. The CIA team tried to monitor their meet but Yevgeny was clever and used the noise from a fountain and call to prayer to mask their conversation. He told Carrie that he had saved her life. After the meet Carrie disappeared for 90 minutes and lied about what she was doing to Mike.

Saul worked on a peace deal with Haqqani and the pair eventually agreed terms. Haqqani promised a ceasefire the next day and Saul took the deal to President Warner (Beau Bridges). Carrie advised the President to pay a secret visit to Afghanistan to sell the deal to the American people and win over the military.

At the end of the episode, Tasneem tracked down Jalal and took him away.

Saul plans an announcement. Carrie gets a surprise.