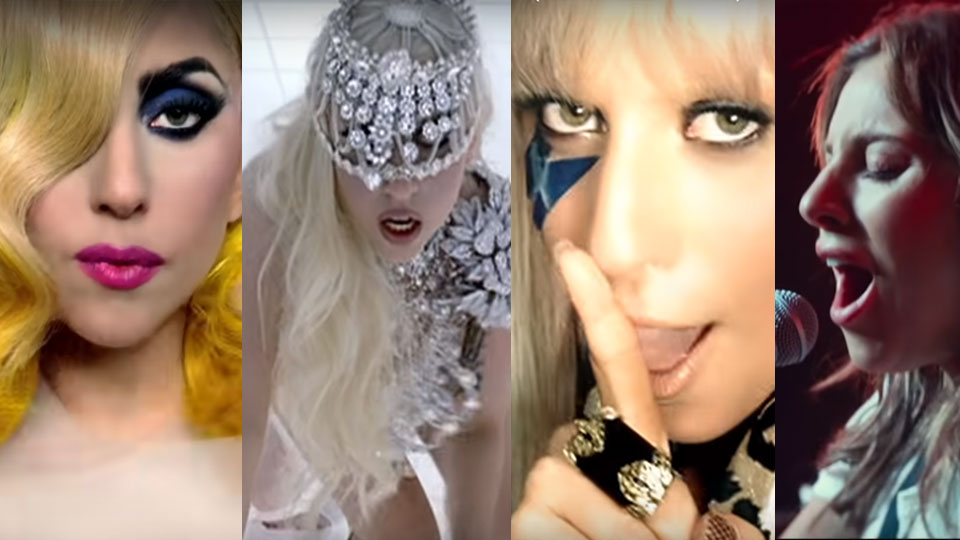 Lady Gaga has confirmed that she is releasing her brand new single Stupid Love on Friday 28th February.

It will be Gaga’s first original material, excluding A Star is Born, since one-off single release The Cure in 2017, which followed the release of her fifth (if you count the Tony Bennett duets album) studio album Joanne in 2016.

Count me excited for the launch of her next era! Before Stupid Love arrives, I’ve had a look back over her illustrious discography and chosen my top 10 favourite singles…

First off let me say that there were at least three other singles that could’ve been in this Top 10 but I’ve opted for the Latin-tinged euro-pop sounds of Alejandro.  The third release from The Fame Monster album, Alejandro came with a controversial video which sees Gaga as the grieving widow, a nun in a latex habit and semi-naked men with guns.  Everything you want from Gaga basically.  It’s a fine slice of mid-tempo europop.

Gaga’s commercial success may have tailed off slightly on the chart front, but you can’t keep a good women down and towards the end of 2018 her lead role in film A Star Is Born alongside Bradley Cooper, thrust her back to where she belongs winning over critics for her acting and giving her, her first UK Number 1 single since 2010.  Shallow is a powerful ballad performed with co-star Bradley and is pivotal to the film.  It showcases Gaga’s songwriting ability and shows a more stripped back musical production to highlight her powerhouse vocals.  No tricks here ladies and gents, just pure talent.

The first single of Gaga’s second album of the same name and Ms Germanotta was serving Mother Monster realness.  It’s a simple message, be yourself and love whoever you want to love; all set to a energetic dance-pop track.  It’s become something of an anthem in the LGBTQ+ community around the world and rightly so.

The third single from the Born This Way album, showcased a more 80s-influenced electro-rock-pop sound and no doubt soundtracked a whole host of sporting montages on TV.  It’s an uplifting track that was actually borne out of a sad time for Gaga after spending time with her Grandfather before he died.  The song is a celebration of love and life and knowing when you’re winning.

It may be controversial to some to include this track because of the R Kelly feature and Gaga herself removing it from streaming services last year, but for me this track was a stand out on Artpop.  It started life as a teaser track and due to it’s popularity was soon promoted to the second single from Gaga’s third studio album.  It gives a strong message to the media and wider world that use her as you will but you can’t have her thoughts and feelings.  Gaga performed the track live on The Voice USA with supposed arch-rival Christina Aguilera taking on the duet duties.

Gaga goes a bit country on the final single release from Born This Way.  It’s a simple backing track of piano and electric guitar, that lets Gaga’s voice shine.  Gaga introduced fans to a male alter-ego Jo Calderone when she performed this track live at the MTV Awards in 2011.  It’s a heart-felt end of the night, gritty sing-along.

Taking us back to the beginning.  The year was 2008 and pop was about to welcome it’s newest superstar as Lady Gaga told us to all get up and dance with this banger.  Co-written with Akon and also introducing us to producer Red One, it topped the charts around the globe.  The video gave a hint of the flamboyant personality Gaga was about to unleash on the world.

The Fame album is one of the biggest selling albums of the Millennium and what an album it is, but then Gaga blessed us with The Fame Monster giving us even more bops.  The second single from this album extension saw Gaga enlist Beyonce as her sidekick in a song that was originally written for Britney.  Do you need any more diva names attached to one song to know it’s going to be amazing?  The video is a bit OTT for me but like most fans, I’m still waiting for it to be continued.  Could we see Bey reunite with Gaga on the forthcoming album?

The song that epitomises everything that makes Gaga a great popstar; the lyrics, the voice, the video, the dance routine, the looks, the French bit.  Bad Romance gave Gaga her third UK Number 1 although surprisingly it peaked at Number 2 in the US.  This is my ultimate Gaga banger.

Do you agree with my choices?  Tell us @entfocusmusic