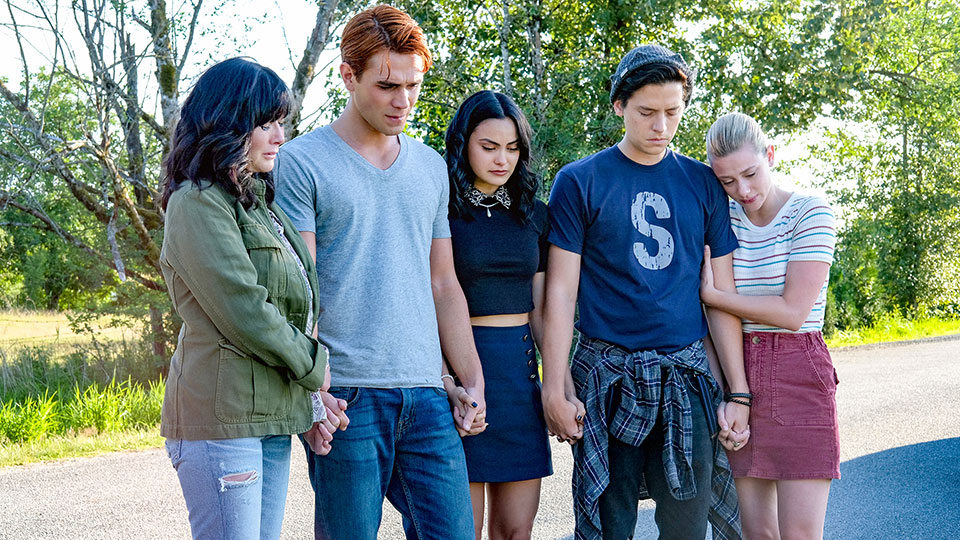 This town never runs out of mysteries. #Riverdale has been renewed for Season 5! pic.twitter.com/dFMNDLuR3Y

January 2020 saw the CW network renew Riverdale for a fifth season to continue to perplex, puzzle, and entertain viewers.

The show’s 69 episodes so far have doled out enough intrigue and excitement to warrant the somewhat lacklustre twists and turns that have also featured in the show, based on the classic Archie comics. But, we’re optimistic going into season five that viewers’ issues have been addressed, and we will head back to the heyday of the show that redefined the teen drama for the 2010s.

With that in mind, here are five things we would like to see more of in Riverdale.

Season 4 gave us a great performance from Shannen Doherty – co-star of the late Luke Perry, who played Fred Andrews. While her performance was self-contained in the story that saw us say goodbye to a fan favourite far too soon, it showed that harnessing guest stars from teen dramas of the 1990s was a hit with viewers. Perhaps we could even see some of the co-stars of The Suite Life join Cole Sprouse, who plays Jughead.

One of the most enduring aspects of the TV show, is the mysteries that the story often treats us to. From the first season’s mystery around who killed Jason Blossom, to the Jughead mystery of season four, we are constantly kept guessing. For a show like Riverdale, keeping audiences on their toes is necessary, and we hope the show will continue to deliver in its fifth outing. Tuning in to see how the current narrative is developing is a tactic that kept fellow teen drama Pretty Little Liars on air for so long.

Riverdale has its fair share of heaviness, so seeing some lighter storylines, that have fewer serial killers involved, would make the future of Riverdale more riveting. Perhaps we could have a return to when Veronica Lodge implemented some casino games at La Bonne Nuit. This would reflect well with viewers, as online casino is set to continue to rise in popularity in 2020, so would be a natural step for Veronica to try to drum up more business at the club. Incorporating real influences like this into the sometimes unrealistic stories could help ground the show in reality.

The club is back open. Stream free: https://t.co/LWIRBS7wvE #Riverdale pic.twitter.com/TjpSXEvv4U

The best thing about teen dramas is that they deal with real-life issues well. Social commentary is necessary to elevate a show and to bring a depth that resonates with viewers. So far, Riverdale has tackled prevalent themes such as equality and discrimination, mental health, and parental issues. Many people watch to see characters they enjoy struggle with things they also deal with. Though, some fans are concerned that the show flirts with some issues and then drops them too quickly, which leaves us feeling as though they were just used for the shock value and not to flesh out characters or drive the plot forward meaningfully.

We have until the end of the year to wait until the next season of Riverdale, but we are optimistic about what the show will give us in its fifth season. Diehard fans are already locked in, and new fans are tempted by the sheer amount of episodes to binge beforehand. We’re optimistic that when Riverdale returns, it will show us more of what we enjoy. In the meantime, let’s cross our fingers for more mystery, more guest stars, more social commentary, more fun, and more tumultuous relationship mishaps for Archie.

Advertisement. Scroll to continue reading.
In this article:Riverdale