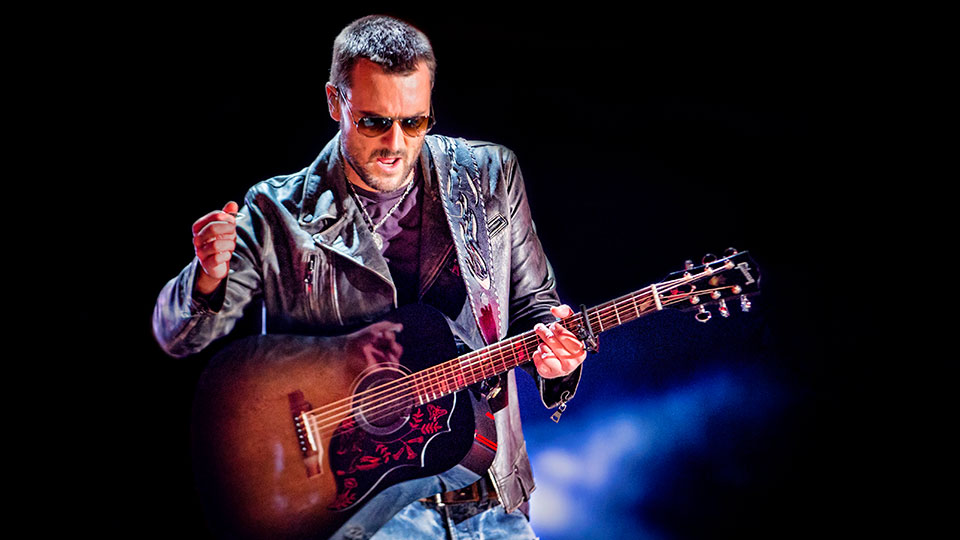 Eric Church is returning to C2C: Country to Country to headline for a second time.

The Chief, as he’s known to his fans, headlined the festival back in 2016 and whilst it was a thrill to see him, illness prevented him from being on top form. He still pulled off a lengthy show that we enjoyed but we wished we could have seen him at his best.

Well now we can! Since he was last here, he’s released another album – Desperate Man – and he’s continued to notch up the hits. Eric is renowned for his live shows so we’re really hoping he’s going to blow us away in March.

In 2019 Eric headed out on his Double Down tour in the US where he played two full sets on Friday and Saturday nights. Each night he treated fans to over 3 hours of music, yet somehow he still lost Entertainer of the Year at the CMA Awards to Garth Brooks. Seriously? That’s some injustice right there isn’t it?

Originally from Granite Falls, North Carolina, Eric released his debut album Sinners Like Me in 2006. He’s released another five studio albums since – Carolina (2009), Chief (2011), The Outsiders (2014), Mr. Misunderstood (2015) and Desperate Man (2018). His hits have included Drink In My Hand, Springsteen, Give Me Back My Hometown, Record Year and Some Of It.