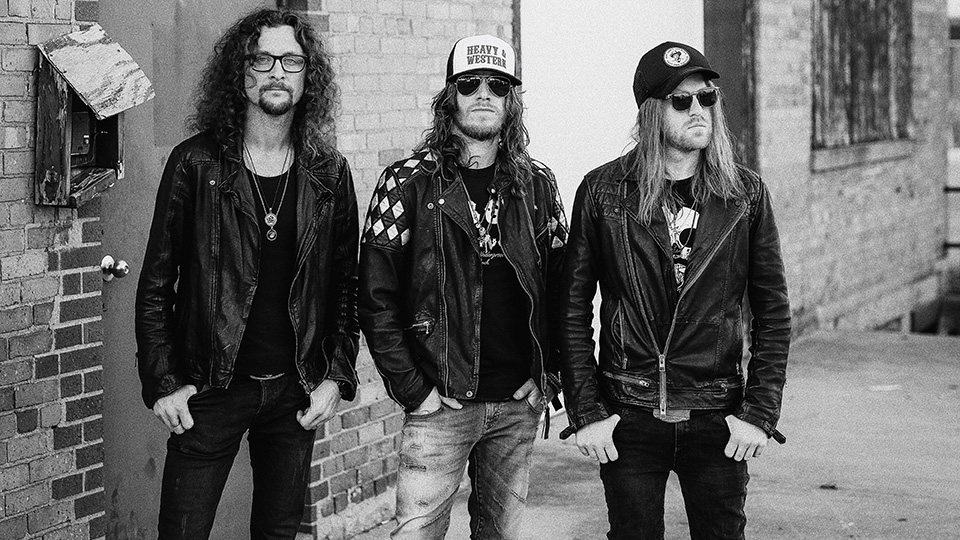 Southern rockers The Cadillac Three – Jaren Johnston, Neil Mason and Kelby Ray – are signed to Big Machine Records and they are one of the bands on this year’s C2C: Country to Country line-up that may not be that well known to the masses.

The trio will be taking the penultimate Main Stage slot on the Friday and they’ll be playing selections from their latest album Country Fuzz, which is released on 7th March, as well as hits from their albums The Cadillac Three, Bury Me In My Boots and Legacy. Combing Southern rock with Country, the band is sure to put on one of the loudest shows of the weekend and if they’re as good as they were when we saw them at O2 Forum Kentish Town back in 2018, people are in for a real treat.

Frontman Jaren Johnston has penned hits for a number of Country stars over the course of his career including Keith Urban, Tim McGraw and Jake Owen so even if you’re not familiar with The Cadillac Three, the chances are you’ll know some of Jaren’s handy work.

What can you expect from a live show from The Cadillac Three? To rock your socks off and have a good time. They’re the perfect band to watch while enjoying a few beers and they should warm up the crowd well before Friday’s headliner Eric Church arrives on stage.

We’re hoping to hear songs such as Crackin’ Cold Ones With the Boys, Drunk Like You, Dang If We Didn’t, White Lightning and Party Like You. We’re sure there’ll be plenty of selections from Country Fuzz and from what we’ve heard so far, the album is sounding incredible.

Advertisement. Scroll to continue reading.
In this article:C2C, C2C 2020, The Cadillac Three