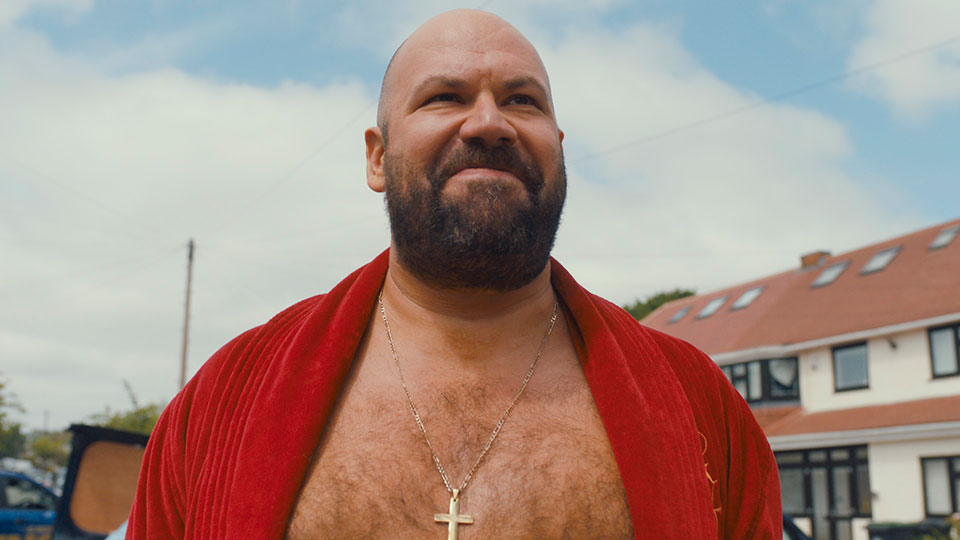 Gary (Tom Davis) was interrupted by parcel deliveries for his neighbour Stuart (Romesh Ranganathan) while trying to recover from an operation on the latest episode of King Gary.

In episode 3 Denise (Camille Coduri) was convinced that Stuart was doing it on purpose to wind Gary up, insisting that there was foul play afoot.

Meanwhile Terri (Laura Checkley) was mortified when a terrible old picture of her raving was shared on Facebook. She set off on a mission to get the perpetrator to take it down.

Elsewhere Big Gary (Simon Day) was forced back to work for one last job, with loyal servant Winkle (Neil Maskell), who took the opportunity to try to convince his retired boss to come back to work for good.

Episode 4 of King Gary is called The Big Schmooze. The synopsis for the episode is:

Gary is having an extension built, but one objection from a neighbour could affect his planning permission, so he hosts a civilised dinner party for all Crescent folk in what he’s billing ‘the big schmooze’.

Gary goes on full charm-offensive to woo the residents at the soiree, especially arch nemesis Stuart. Denise, an experienced soirée host, tries to take over the proceedings, while Big Gary is only interested in watching the boxing on Gary’s new curve television with his gatecrashing golfing mates.

Terri uses the party as an opportunity to showcase her new mobile cocktail business venture ‘Bartini’ and, for ease, orders a massive ‘Deliveroo’ for everyone – but when the delivery is hours late, the evening takes a drunken nosedive.