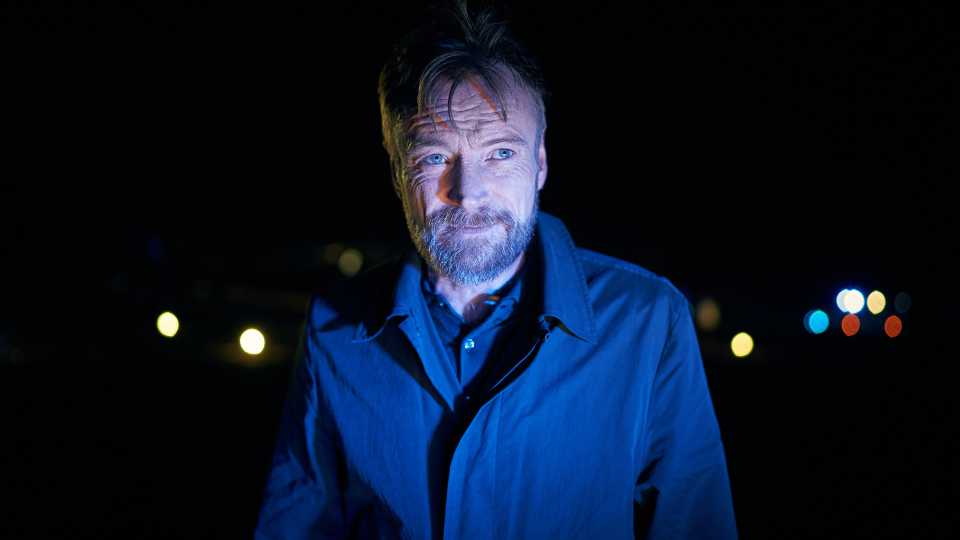 In the latest episode of COBRA, Prime Minister Robert Sutherland (Robert Carlyle) was forced to make a series of difficult decisions for the country and his family.

The episode opened up in London, three hours after the blackout. Emergency services were driving round and using megaphones to try and reassure people that the government were working to restore power. Ahead of the next COBRA meeting, Fraser (Richard Dormer) attempted to reach his father who had tried to call him before the blackout. When he finally got through he discovered the devastating news that his father had fallen and died.

Sutherland updated everyone on the latest developments which included travel restrictions. Fraser communicated their contingency plan and explained that navigation systems were out and that emergency services staff were struggling to get to their places of work. Home Secretary Archie Glover-Morgan (David Haig) asked about the main cities and Fraser explained that they were confident to restore power to those within 48 hours.

The biggest issue was that four transformers were destroyed and they only had three spare. It would take weeks to bring a new one in from Germany. A difficult decision needed to be made about which of the four areas would be left without power. Scotland was favourite with Archie and Fraser but Sutherland decided that Northumberland would be left behind to manage.

Chief Constable Collier (Steve Cree) checked in with Fraser and explained the difficulties brewing in Northumberland. Fraser assured him they were doing their best to assist and wanted him to keep in touch with the latest updates.

Instead of heading home, Chief of Staff, Anna Marshall (Victoria Hamilton) decided to pay a visit to Edin (Alexandre Willaume), her former lover, at his hotel to see what he had to say. He was pleased to see her and began explaining why he lost touch with her. He had gone in search of his sister Amina but never found her. He had evidence that she was raped and executed and he was also captured. After he escaped his ordeal it took him time to recover and then he returned home to look after his family. He married to keep them happy and his wife had since died.

Anna noticed something outside the window and noticed the Aurora Borealis in the sky above London, caused by the solar storm. The pair obviously still had feelings for each other and later slept together.

In the basement of the hotel the staff tried to get their diesel generator running. Something went wrong and it exploded, killing one staff member. The hotel manager badly burnt his hands trying to save him and rushed to warn the other guests of the spreading fire. Anna and Edin joined him to raise the alarm but the hotel was soon engulfed and they became trapped.

The managed knew a way out and tried to guide them through the thick smoke. Edin was left behind and managed to save a trapped guest by using a handgun that he was carrying. They all eventually got out due to the fire service. While receiving medical treatment a member of the press took a photograph of them together.

Meanwhile, Collier paid a visit to the Hadley Brook, Immigration Removal Center after they reported problems. Inside he found out they were low on staff due to a third not making it to work. The immigrants and prisoners being held there were becoming restless and starting to cause problems. Collier said the staff would just have to deal with things best they can.

Fraser took a helicopter to Northumberland Hospital and met with Collier. There he saw the chaos that the staff were facing as relatives of the plane crash victims caused problems. Collier was called back to the Immigration Center and Fraser went along with him.

Back at the center they found that some of the prisoners had escaped with a vehicle. It turned out that many had fled, including a group of dangerous criminals. They tracked down the center chief who had been stabbed and managed to evacuate him and get him to hospital.

Elsewhere in the episode, Sutherland spoke to Anna to explain the situation with his daughter Ellie (Marisa Abela). The big issue was that Ellie had supplied the drugs that had caused her friend to slip into a coma. Anna pointed out how careful he needed to be in handling the situation.

Ellie was interviewed by her parents and Peter Mott (Edward Bennett) to find out what had actually happened with the drugs. They wanted her to lie and say it was her friend Georgia who supplied them but Ellie wanted to own up to the truth. Sutherland couldn’t cope with the situation on top of everything else so left them to it.

Later Georgia was declared brain dead and her parent’s made the impossible decision to switch off her life support. Sutherland told Ellie she needed to move on and put pressure on her to blame everything on Georgia. Meanwhile, Archie conspired with MI5’s Eleanor James (Lisa Palfrey) to try and remove Sutherland.

At the end of the episode, a report came in to Collier that some of the escaped convicts had broken into the university halls of residence and begun attacking students. The episode closed with a shot of the halls, covered in debris and blood.