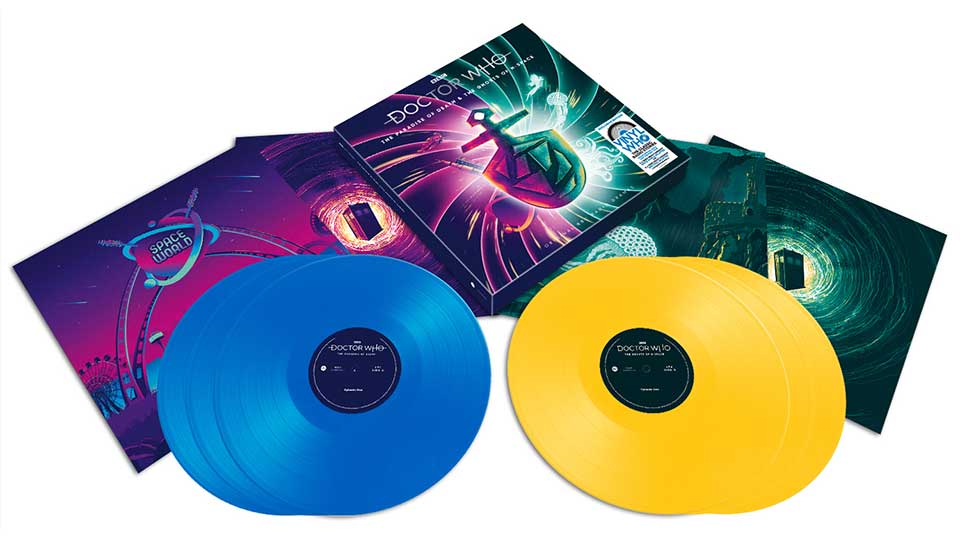 In the early 1990s, after the cancellation of Doctor Who from the television schedules in 1989, the show briefly returned as two radio plays. They starred Jon Pertwee, who reprised his role as the Third Doctor. Now, those two radio plays are to be released together in a special vinyl box set.

The Paradise of Death reunites the Doctor, Sarah Jane Smith and the Brigadier for an adventure that takes them from Hampstead Heath to the far-flung planet of Parrakon, where they face dangers aplenty from the hostile Freeth and Tragan.

In The Ghosts of N-Space, which features Jon Pertwee’s final performance as the Doctor, the Time Lord is in Sicily where he discovers trouble in the form of spectral monsters from another dimension. Both stories were written by former Doctor Who producer Barry Letts.

Presented across 6 x 180g pieces of vinyl, these two fast-paced adventures were made for BBC radio. Co-starring Elisabeth Sladen and Nicholas Courtney, both also feature the incidental music and Doctor Who theme arrangement of Peter Howell of the BBC Radiophonic Workshop. Among the supporting cast for the stories are Maurice Denham, Sandra Dickinson, Harold Innocent, Peter Miles, Richard Pearce, Harry Towb and Stephen Thorne.

The records will be released on 28th Feb 2020 and are available now for pre-order.