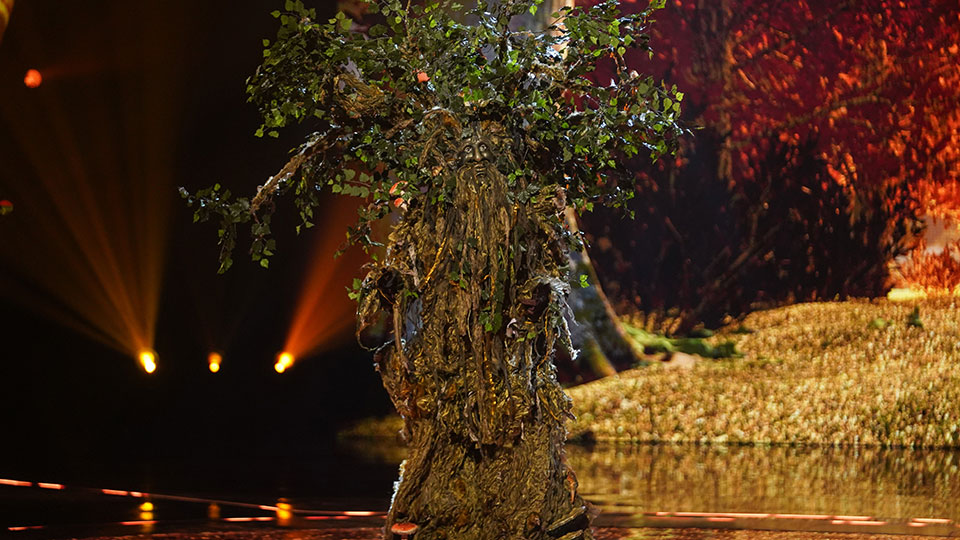 The Masked Singer was the talking point of the weekend after the fourth episode aired on Saturday night.

Octopus and Tree competed in a sing-off to stay in the competition but the panel – Ken Jeong, Davina McCall, Rita Ora and Jonathan Ross – chose Tree to be unmasked. Underneath the very elaborate mask was footballing legend Teddy Sheringham MBE.

Known to have turned down plenty of TV offers in the past, Teddy reveals why he took part in the show. “I’ve been asked to do everything over the years but always declined. I saw the show that aired in the States and thought I’d love to do that for my kids.”

Throughout his time on the competition Tree aka Teddy hit a few bum notes during his performances but the panel were pretty kind to him. “The panel were great, big names and really complementary considering I can’t sing!”

Would he wear his Tree costume again? “I’d love to wear the costume at one of my kid’s birthday parties, that would be special.”

Teddy says that his first performance, Madness’ It Must Be Love, was his favourite song to sing as it was the easiest one he had to learn.

Was he disappointed to be leaving during episode 4? “It’s ok. I didn’t expect to win, I just wanted to enjoy the experience and get to work with some good people.”

Find out who we think the other masked singers from episode 3 and episode 4 are.

In this article:Teddy Sheringham, The Masked Singer, Tree