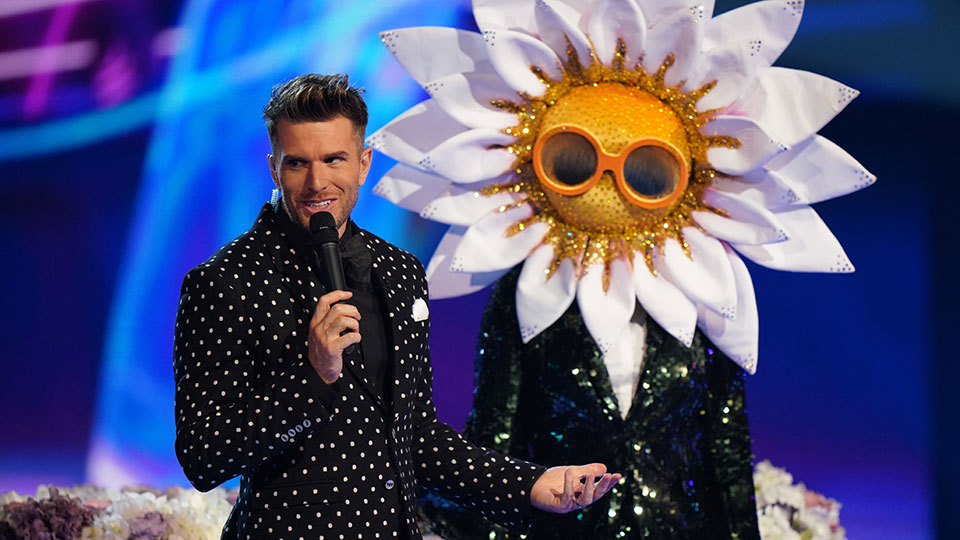 On Saturday night five celebrities performed on The Masked Singer and there were plenty of clues given as to their identities.

The remaining five masked singers performed, giving us another chance to try and figure out who they were. You can see our latest guesses for Queen Bee, Duck, Unicorn and Hedgehog who will be back to sing next weekend.

Every single week, the clues keep throwing us. Just when we think we’ve got the person figured out, a random clue comes out of nowhere and we’re not so sure on our guesses anymore.

Keep reading to find out who we think Octopus, Daisy, Monster and Fox are.

The clues: Octopus suggested she was a singer and that she’d signed a £1,000,000 record deal. There was a photo of Jason Donovan visible in her bag and she suggested she may have been on The Apprentice. She also referenced things going ‘swimmingly’. The previous clues were that she was bubbly, happy-go-lucky and always on the go. She would like to be a role model and could possibly be a model. She always likes weight training.

Discovered on a cruise ship.
Used an accent coach to prepare for the show.
Made her first million in the cosmetics industry.

Our guess: Holly Valance. We did think it was Ashley Roberts but after the latest set of clues, we’ve changed our mind. The Neighbours clue and the recording contract could point to Holly although we can’t find any evidence of her record deal being worth £1 million. We’re not 100% sold on this guess to be honest!

The clues: Food has been a huge part of her life and she spent a lot of time in the kitchen with her Mum. Trained at one of the most prestigious schools in the world whose cooking is as loud and colourful as her character. She said she was going to dish up a ‘tasty’ treat. Previous clues includes that her real name was based on the seeds of the flower she grew from. She moved to the UK and plans to stay for a long time. She has a bright personality and blooms in the spotlight, and likes to relax by fishing.

Put my arm into an Australian hellhole.
Favourite sport was ice hockey.
Has performed at Glastonbury.

Our guess: Kelis. We’re not budging on this one. One of Kelis’ albums was called Tasty and she of course had the song Milkshake, so that links in to the food clues. Aside from that her speaking and singing voice sounds just like Kelis to our ears.

The clues: Always trying to be a bit of a showman who lives in the spotlight. Loved books as a child but can also be a real little monster. Discovered his love for rock and roll while growing up and plays the bass. Inspired by glam rock and likes doing his own thing. Previous clues included that Monster was a big personality with big muscles that has come to the UK. He said he doesn’t want to blow his own trumpet but he’s won many awards. After his performance he revealed that his hero is Spandau Ballet’s Tony Hadley.

Has an identical twin.
Had a monster hit with Calvin Harris.
Is CeeLo Green.

Our guess: CeeLo Green. We still think this is CeeLo. It sounds like him and musically he’s always done his own thing that sounds different from everyone else. His singing voice sounds like CeeLo too.

The clues: Fox was seen tap dancing and made a few references to dancing. She’s always followed her own path and has broken records. There was a US flag shown during the VT and Fox said she was going to blow everyone away. Previous clues include street smart and nosy, can be a bit of a party animal and can be seen slinking around the East End from time-to-time. The additional clue was Fox has been collecting tea pots for 30 years.

Has an award-winning body.
Been on tour with the Rolling Stones.
One of the first stars of reality TV.

Our guess: Denise Van Outen. We’re very confident on this one. Some of the clues don’t feel like they fit with the guess but her voice is very familiar. Her speaking voice sounds like Denise too.