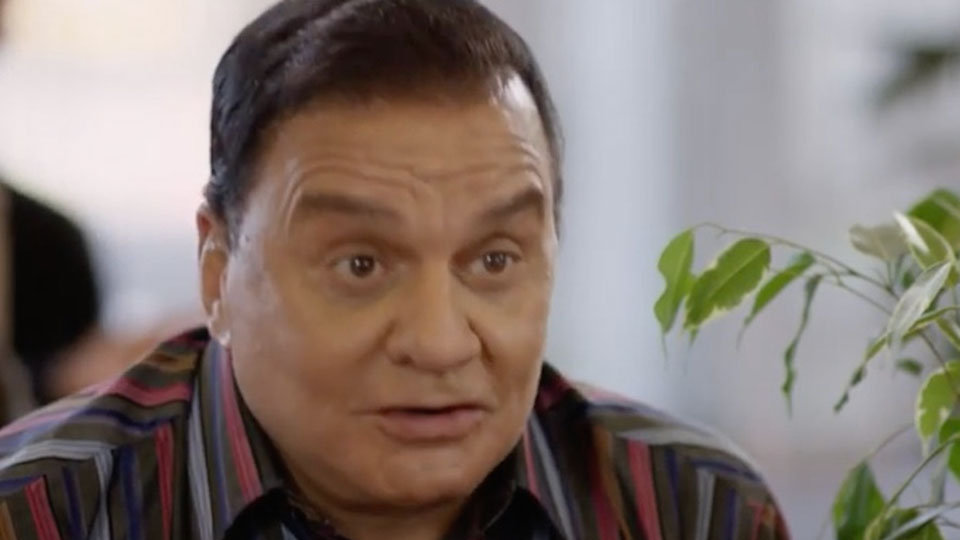 Ernesto (Fernando Hidalgo) is having a very bad day. Not only does he lose his job but he loses his girlfriend and his home in the same day. A gentle man who is trying to do the best he can to get by, Ernesto is thrown into a difficult predicament but a series of kind acts see him getting back on his feet, his life moving in a direction he didn’t expect and a burgeoning career as a film producer on the horizon. He also meets someone who could actually be the love of his life.

Ernesto’s Manifesto is an exploration of the power of kindness using comedy to navigate through the titular character’s bumpy journey. When he’s dumped by his gold digging girlfriend Veronica (Lisandra Tena), Ernesto finds himself having to get his life back on track and it’s the kindess of strangers that helps him do that. A busker helps him find a new job and that new job results in him having a place to live, which introduces him to film director Austin (Adam Huss) and a whole world he’s never experienced before.

The cynic in me could point out that a lot of what happens in the film is very unlikely and unrealistic but that would be to completely miss the message its trying to put out. The core theme of kindness and where it can get you is what Ernesto’s Manifesto is all about. Director/writer David M. Matthews wants to open your eyes and make you think before you act, and to an extent he succeeds in doing that here. At the beginning of the film, Ernesto is surrounded by people who want something from him but at the end he’s acquired a new group of friends who appreciate and understand his value and contribution.

One of the core relationships in the film is between Ernesto and Austin. With no experience in the film world, Ernesto is asked to give his feedback on Austin’s latest film with his fellow film-maker Daniel (Randy J. Goodwin). That makes Austin realise that Ernesto can bring a fresh pair of eyes to the film, benefitting it in a way that gives perspective he is too close to the film to have. Ernesto’s new job brings him into the orbit of the sweet Cassie (Amy Davidson), who is in an abusive relationship and looking for someone who will treat her right.

Fernando Hidalgo is perfectly charming as Ernesto. He’s not incredibly emotive but he plays the character with a laidback ease that makes it impossible not to root for him. Adam Huss adds a bit of weight to the cast as Austin, giving an energetic and memorable performance that helps the film move along in its slower moments. Amy Davidson is great too as the sensitive but well-meaning Cassie, who forms an unexpected bond with Ernesto.

Ernesto’s Manifesto has to be taken for what it is – a film with plenty of heart and a message we should all pay attention to. Kindness is often overlooked in society, especially in Los Angeles where the film industry is cut-throat, and while it may not be wholly realistic, it gives you a little faith in humanity. Ernesto’s life is dramatically changed by the people who show him kindness and it’s hard to have a problem with a film that’s putting out such a positive message.