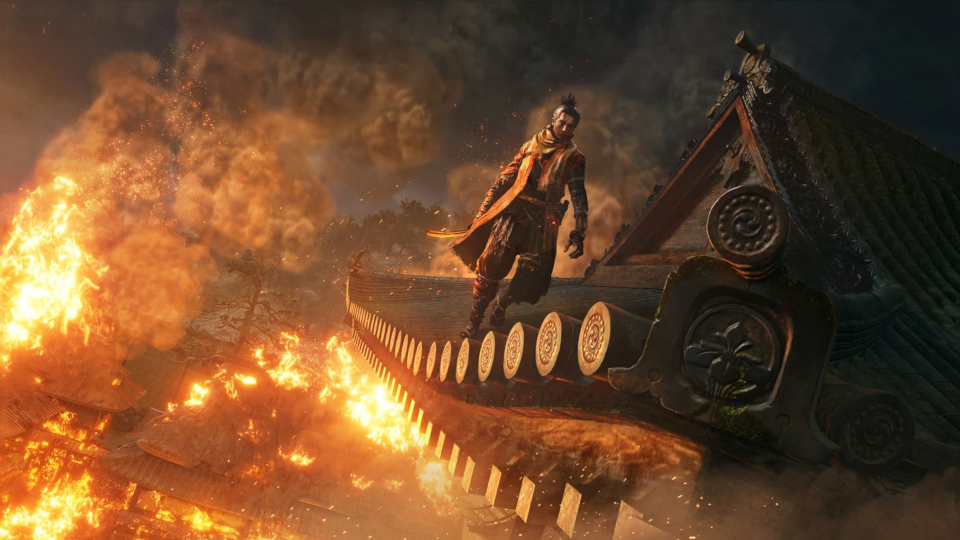 2019 has proven to be a bit of an odd year for the gaming industry. Next-generation consoles are on the horizon, as is next-generation PC hardware. It’s not quite time for the grand finale titles for the generation to hit, which leaves us in this weird dead zone. Thankfully, there have been some knockout titles this year and with the January sales about to start here are 10 of the absolute best games of the year.

10. The Dark Pictures: Man of Medan

Created by Supermassive Games, a small British team with a mere 11 years behind their belt, Man of Medan is a fantastic interactive horror game. For those who played their last smash hit, Until Dawn, you know what to expect. It’s an adventure game where you play as several young adults who take to the open seas for alcohol, sex and deep ocean dives. When they are attacked by pirates, the game quickly turns into a horror game, with pirates being the least of your worries.

Like Until Dawn before it, character relationships and decisions drive the story and the game does a great job of offering re-playability. The game is filled with jump-scares and cheesy dialogue that never takes itself too seriously. Better yet, the game can be played in online or offline co-op. Boasting some jaw-dropping visuals, it’s a must buy and if you enjoyed it, worry not, a new instalment of The Dark Pictures is due out every 6 months.

For more information check out our Dark Pictures: Man of Medan review.

9. The Legend of Zelda: Link’s Awakening

I’m just going to take a guess that a fair few readers will have played this game many times. For those people, why don’t you own this already (and don’t pretend you don’t own a Switch!)? For those who missed it, this is a classic Zelda adventure game. It’s short and it’s simple but like all the classics, that’s all it needs to be. The visual touch up instantly draws you in and the charming world is a delight to explore. While the game shows it’s age, the clever puzzles and fun combat surpass that to create a must-have experience for any Nintendo Switch owner.

Sure, it’s always been popular but there is a huge subset of gamers who’ve fallen away from this juggernaut of a series. The original Modern Warfare was a fan favourite, so a remake certainly piqued interest. Activision promised this title would bring Call of Duty back to its roots and offer better business practices than the previous few titles have. Despite many raised eyebrows, they nailed it.

A fantastic campaign that was daring and oddly reserved, as opposed to the bombastic campaigns of the past, this is what the series was begging for. Absolutely stellar tech is driving this game engine and the visuals are top-notch. Multiplayer is excellent, feeling less like a product and more as a mix of…..you know? Fun. Not to mention the constant drop of free content. I hope this a turning point for the series, as it proves, you can release a great multiplayer game, with an awesome campaign and make a lot of money.

For more information check out our Call of Duty Modern Warfare review.

Being brutally honest, EA has continually let me down over the past few years. Their aggressive monetisation and carving up of studios have made me turn away. There is a glimmering light though and that is Respawn Entertainment. After releasing the hugely popular Titanfall series and the ever-growing Apex Legends, Respawn announced they are developing a single-player Star Wars game.

A single-player Star Wars game published by EA, what’s the catch? Star Wars Jedi: Fallen Order is a brilliant adventure. Taking cues from God of War, its Lightsaber focused combat system and Force based exploration was a constant joy. An excellent story with a great cast, set in an interesting part of the best Sci-fi universe, it’s simply wonderful. If this is EA understanding that there is a place for games like this, they’ll see a lot of people returning to support them and that’s a great thing.

The Metro series has always blown me away. The post-apocalypse setting makes so much sense when it’s based in Russia. Protagonist Artyom and his adventure is enthralling and the world-building developer 4A Games has crafted is simply astounding. There is a slight shift to a more open world for this title and it doesn’t impact its intricate gameplay systems at all. It’s part FPS, part survival horror and completely incredible. The in house engine 4A Games uses is one of the best in the industry and Metro: Exodus is stunningly bleak in the best way. Swap the audio track to Russian and be completely immersed in this gem.

The term “Open World RPG” has become something so misidentified that games are just blending into the same thing. The incredibly talented Obsidian Entertainment rejected that idea when developing The Outer Worlds and I’m thankful they did. A relatively simple story is highlighted with brilliant characters and many quests and decisions to make. The black comedic tone sets this apart from the dozens of serious titles out there and it manages to be a more interesting game because of it.

The incredibly varied game world dares to be smaller than the competition and the combat does what it needs to without dragging you down. What sets the game apart from the crowd is its character creator and skill trees. The level of variety is wonderful and Obsidian have sent a message to the big dogs “Do you dare to scale back and create better content?”. Oh, and if you have Xbox Game Pass for Xbox One or PC, grab this for no additional cost!

For more information check out our Outer Worlds review.

I was worried about this game. Sure the Samurai setting looked cool but it seemed From Software were spreading themselves too thin and releasing the same game once again, with a new lick of paint. Thankfully, I was very wrong. Well, kind of wrong. Sekiro may share a lot of DNA traits of the other titles like Dark Souls and Bloodborne but this is a very different beast. It manages to be a lot more difficult than the previous titles and still retain that sense of fairness. Holy Hell can From Software make a great combat system! The world is incredibly well designed and the new traversal system is a blast. Even more impressive is the excellent story they managed to tell. If you’re up for a challenge, this is the game for you.

I fell in love with this game since it’s the first trailer and it far exceeded my expectations. It tells the tale of Amicia, a young girl protecting her younger brother Hugo from the plague in 14th century France. It’s a deeply effective story that takes more twists and turns than expected. Amicia is an outstanding protagonist and is supported by a great cast. The combat is simple and focuses on stealth but manages to be heart-pounding at times. Developer Asobo Studio are known for making Disney tie-in titles and that not so great Zoo Tycoon game. Seeing them develop this is mind-blowing. Even crazier is their in-house game engine, boasting stunning visuals. Games like this need to be supported.

For more information check out our Plague Tale: Innocence review.

It makes me so happy to see Capcom return to top form. Since the great Resident Evil 7 launched the new RE Engine, Capcom have gotten a second wind. Resident Evil 2 is a mostly like-for-like remake but uses the incredible RE Engine to great effect. It’s one of the best looking games of the year and this amount of effort put into a remake needs to be celebrated. It helps that Resident Evil 2 is already a great game but simply put, it’s a masterful survival horror game created with love.

For more information check out our Resident Evil 2 review.

Disco Elysium is one of those games. You know the one. The “Yeah, OK, I’ll check it out” game. Created by the tiny ZA/UM studio from Estonia, Disco Elysium pits you as an alcoholic cop waking up from a nasty bender. The classic point and click adventure may take a lot of inspiration but ends up being nothing but inspirational.

For a game with such heavy themes, it balances comedy perfectly. It gets bleak and downright dark but it’s punctuated with sweetness. Despite being smartly written with political themes, it never talks down to you. It encourages failure and rewards success equally. It’s easily the best game of the year and one of the best ever made.

Have your favourite games of 2019 made my list or have yours been left by the wayside? Have your say on Twitter.