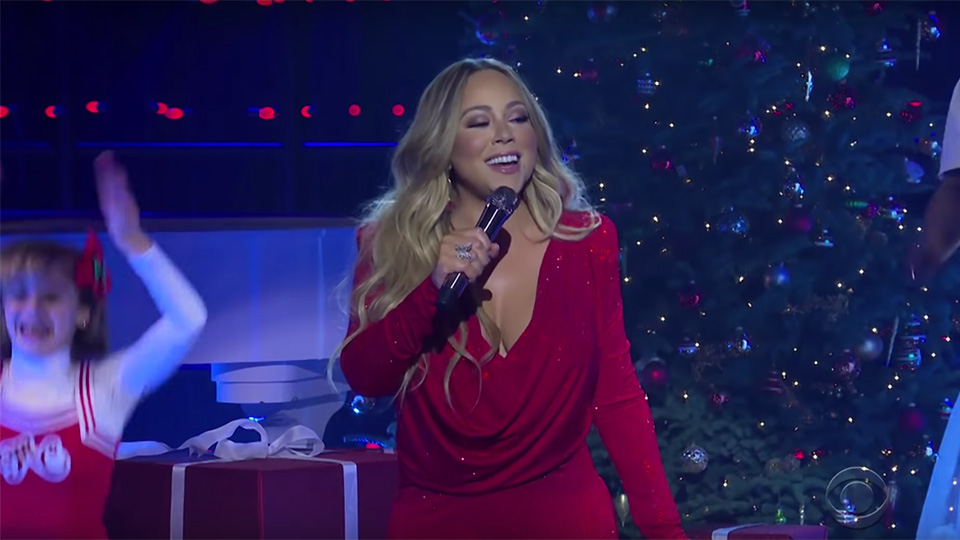 The first of three performances – Mariah will appear on the show again tonight and tomorrow night – coincides with the diva topping the US charts with her iconic hit All I Want For Christmas Is You. The song made history this week by hitting number one 25 years after its original release and it takes Mariah’s tally of number ones up to 19.

Oh Santa!, which is taken from 2010 album Merry Christmas II You, is a fan favourite and has been a staple of Mariah’s All I Want For Christmas Is You Tour shows. It also featured in her Hallmark movie A Christmas Melody in 2015.

If Mariah can hold on to the number one spot in the US until January, she will become the first artist to have number one hits in 4 decades. To date she’s spent a total of 80 weeks at number 1 in the US over her career.

Earlier this week a new episode of Billy on the Street was released featuring Mariah and Billy Eichner running around the streets of New York, spreading Christmas cheer.