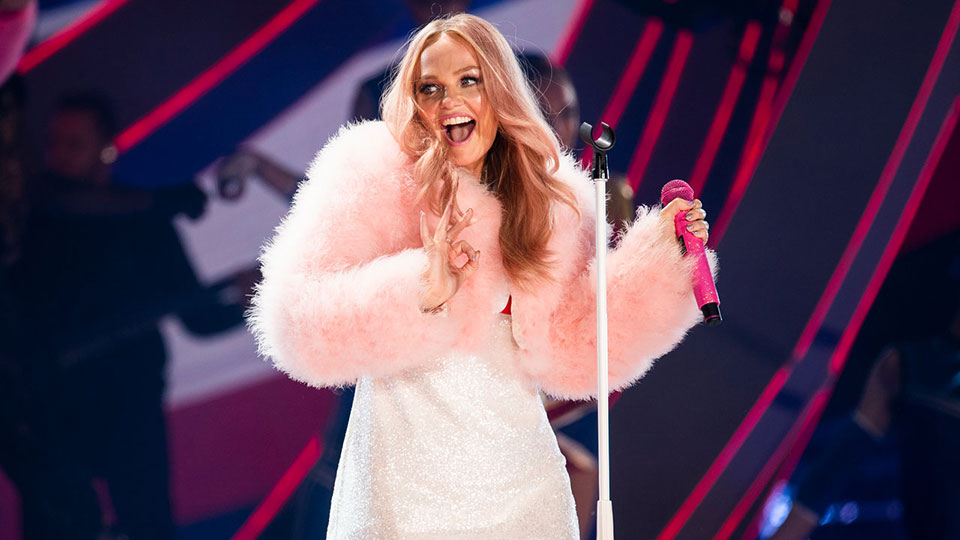 2019 has been a good year to be both a Spice Girl and a Spice Girls fan. After years of teasing, the group reunited (with the exception of Victoria Beckham) for a series of record-breaking UK and Ireland stadium concerts over the summer. Prior to that Emma Bunton aka Baby Spice made her long-awaited return to music with the release of her fourth solo album My Happy Place, a collection of covers with two originals.

With the future of the Spice Girls up in the air once again, each of the members has been pursuing their own projects with Melanie C touring Prides around the world with Sink the Pink, Melanie B has been doing intimate shows in support of her book Brutally Honest and joined the panel of Celebrity Juice, and Geri’s been keeping a low profile, and wearing only white (for some unknown reason). Emma decided to round out the year, and kick-start Christmas, with her first ever UK solo headline show at London’s Royal Albert Hall.

Billed as Emma Bunton’s Christmas Party, the show was split into two sets as Emma performed an impressive 27 songs across the span of around 105 minutes. A mixture of solo material, Christmas classics and Spice Girls songs, the set list had something for everyone and it gave us a chance to see if Emma could hold the stage on her own for a full concert.

Opening with one of her biggest solo hits Maybe, from her second album Free Me, the night got off to a roaring start and those who went to the Spice Girls shows over the summer would likely have noted some familiar faces among Emma’s dancers. Over the first few songs, Emma kept the energy high with Christmas classics Rockin’ Around the Christmas Tree, Jingle Bell Rock and a duet of Baby It’s Cold Outside with her long-time partner Jade Jones.

Emma followed that with her version of The Beatles’ classic Here Comes the Sun and was joined by Will Young for a cover of Dusty Springfield’s I Only Want to Be With You. Both songs are taken from her latest album My Happy Place and Emma sounded lovely. Winter Wonderland and a cheeky version of Santa Baby came next before Emma returned to her original solo material with Take My Breath Away, a song she said had been requested a lot by her fans leading up to the show.

The seductive Free Me was a highlight in the first set, with Emma reminding us that she could have been a Bond girl (or at least sung a Bond theme) back in the noughties. The first set came to a close with a Latin-tinged cover of Madison Avenue’s hit Don’t Call Me Baby and then the audience were treated to a 25-minute interval (which was perhaps a little too long!).

During the interval fellow Spice Girl Geri Horner arrived and sat in one of the boxes with her husband and daughter. The crowd spotted her quickly and began chanting her name. She was, of course, dressed all in white and she politely smiled and waved at fans until Emma returned to the stage. Set 2 opening with Baby Please Don’t Stop and Too Many Teardrops, the two original songs from Emma’s latest album. The former got a lively response from the audience and there was plenty of dancing going on around me in the Rausing Circle.

Jade Jones returned for You’re All I Need to Get By before the Christmas songs returned starting with Santa Claus is Coming to Town. The highlight of the night came when Emma performed a string of Spice Girls hits. Four children took to the stage to sing Spice Up Your Life and were joined in the second half by Emma. She then went on to perform a jazzy version of Say You’ll Be There, a heartfelt (and gorgeous) version of Viva Forever, an unexpectedly tear-inducing rendition of Mama with Chicken Shed Theatre, and a solo performance of 2 Become 1, Emma’s favourite Spice Girls song. While Geri didn’t join her, it was still one of the best moments of the night and a celebration of Emma’s roots.

Heading into the final stretch of the set, Emma reworked her debut solo number one What Took You So Long and sang several more festive songs, including It’s the Most Wonderful Time of the Year with Bros star Matt Goss. She squeezed in her own track Coming Home For Christmas, and didn’t cry while singing it like she warned she might, and then brought the energy back up with Rockin’ Robin. Joined on stage by Jade, the kids that had performed earlier, her own kids and her dancers, Emma danced and sang to I Wish It Could Be Christmas Every Day before thanking the audience and leaving the stage for the night.

It has to be said that Emma was in fine vocal form all night. The shows with the Spice Girls over the summer clearly gave her good practice and her energy didn’t drop once all night. Her banter between songs was amusing and cheeky, as you’d expect, and she clearly had the time of her life. Emma proved she can hold a stage on her own and I hope it’s the first of many solo shows to come in the future. A perfect balance of original material and Christmas songs, the night was a real treat for us Spice Girls fans and it was the best way to kick off the festive season.