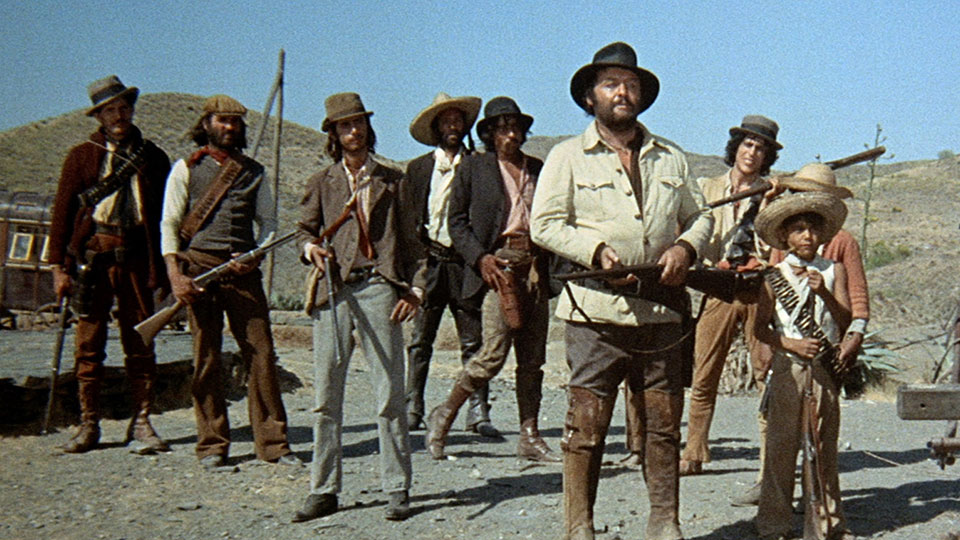 Eureka Entertainment to release A Fistful of Dynamite (AKA Duck You Sucker!), Sergio Leone’s criminally underrated final western starring Rod Steiger and James Coburn, available for the first time on Blu-ray in the UK as part of The Masters of Cinema Series from 9th December 2019. Presented with a Limited Edition 60-page Collector’s Book and Hardbound Slipcase.

From Sergio Leone, the acclaimed director of A Fistful of Dollars, For a Few Dollars More, The Good, the Bad and the Ugly and Once Upon a Time in the West comes his final Western, A Fistful of Dynamite (aka Duck, You Sucker! and released in some territories as Once Upon A Time… the Revolution).

Starring acting giants Rod Steiger (In the Heat of the Night) as Juan Miranda, an amoral peasant-turned-outlaw, and James Coburn (Pat Garrett and Billy the Kid) as John Mallory, a dynamite-tossing Irish revolutionary who has fled to Mexico after becoming a fugitive in his own country. Together, they’re a devilishly volatile mix of anti-establishment philosophies and violent tendencies as they attempt to liberate political prisoners, defend their compatriots against a well-equipped militia, and risk their lives on a train filled with explosives.

Featuring a haunting and rousing score by iconic composer Ennio Morricone, A Fistful of Dynamite has risen in stature over the years and is now recognised alongside The Dollars Trilogy and Once Upon A Time in the West as a true masterpiece. The Masters of Cinema Series is proud to present A Fistful of Dynamite in its UK debut on Blu-ray.

A Fistful of Dynamite, a criminally underrated epic from Western master,
Sergio Leone, is released Monday 9th December 2019 on Blu-ray and can be purchased at https://amzn.to/2Q7i9PW.

Advertisement. Scroll to continue reading.
In this article:A Fistful of Dynamite, Eureka Entertainment