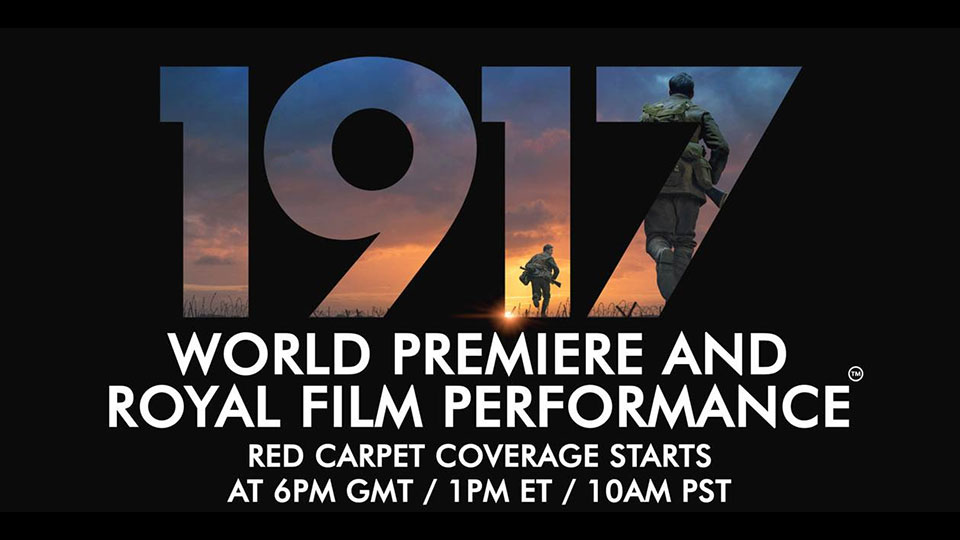 Sam Mendes’ 1917 will have its World Premiere and Royal Film Performance tonight in London and you can watch the red carpet live.

The live stream begins at 6pm and you can watch it below:

Director, Writer and Producer Sam Mendes, Writer Krysty Wilson-Cairns, Producer Pippa Harris, and Cinematographer Roger Deakins will be in attendance. Their Royal Highnesses The Prince of Wales and The Duchess of Cornwall will attend the forthcoming Royal Film Performance.

At the height of the First World War, two young British soldiers, Schofield (Captain Fantastic’s George MacKay) and Blake (Game of Thrones’ Dean-Charles Chapman) are given a seemingly impossible mission. In a race against time, they must cross enemy territory and deliver a message that will stop a deadly attack on hundreds of soldiers— Blake’s own brother among them.

Advertisement. Scroll to continue reading.
In this article:1917