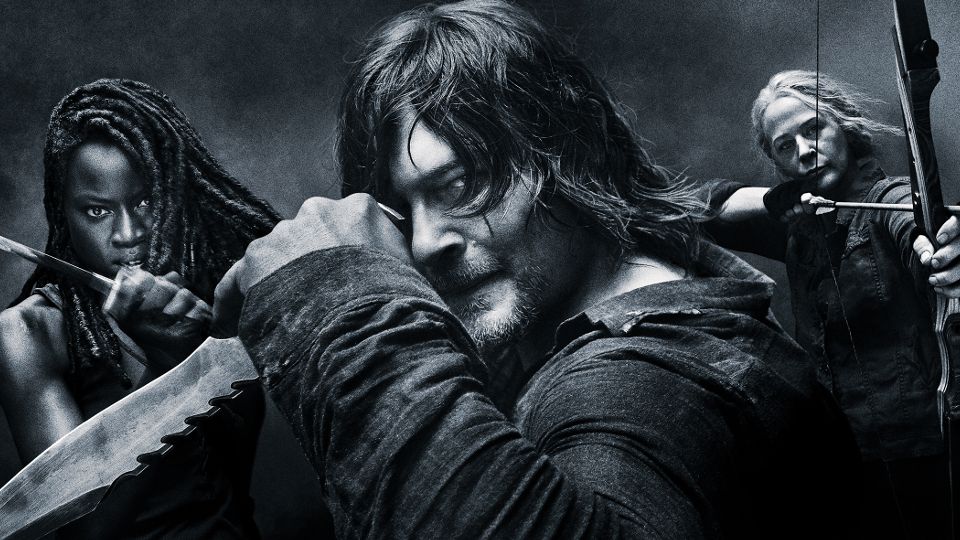 AMC have confirmed that The Walking Dead will return to US screens for season 10 episode 9 on Sunday, 23rd February, 2020. This would suggest that UK viewers will be able to watch the second half of season 10 from Monday, 24th February, 2020 on FOX.

In the mid-season finale it looked like the survivors had finally found the location of Alpha’s (Samantha Morton) horde. This was thanks to the efforts of Aaron (Ross Marquand) who managed to get Gamma/Mary (Thora Birch) to talk.

Aaron set off on a mission with Daryl (Norman Reedus), Carol (Melissa McBride), Jerry (Cooper Andrews), Connie (Lauren Ridloff), Kelly (Angel Theory) and Magna (Nadia Hilker) but there was no sign of the horde. Carol spotted Alpha watching them and gave chase which led to the group becoming trapped in an underground cave with Alpha’s walkers.

Meanwhile, Michonne (Danai Gurira) completed her trip to Oceanside. There she crossed paths with a man named Virgil (Kevin Carroll) who offered to give her weapons in exchange for help getting back to his island. Michonne left Judith (Cailey Fleming) behind and set off with Virgil.

Watch the promo for The Walking Dead 10×09 below:

The promo reveals that Gamma shows up at Alexandria to warn the community that their friends are in danger. She explain that they are trapped in a cave with Alpha’s horde. Rosita (Christian Serratos) raises the question at a meeting of the council that they don’t know if what they’ve been told is real.

The trapped group are shown surrounded by walkers but it seems that at least some of them must manage to escape. Those shown back out of the cave appear to include fan-favourites Daryl and Carol. One of the snippets shows Aaron trying to help Jerry who looks like he’s in trouble.

We also get to see shots of Beta (Ryan Hurst) accessing what seems to be a secret tunnel below an abandoned RV. There’s also some things happening with Negan (Jeffrey Dean Morgan) at the Whisperers camp. He seems to be hinting that he knows who the spy is. Is he playing a game or trying to earn the trust of Alpha? One shot shows Negan shirtless, could he be receiving punishment from Alpha or maybe it’s some kind of test?

Whatever happens it looks like we might be getting the Whisperers War in the second half of season 10.