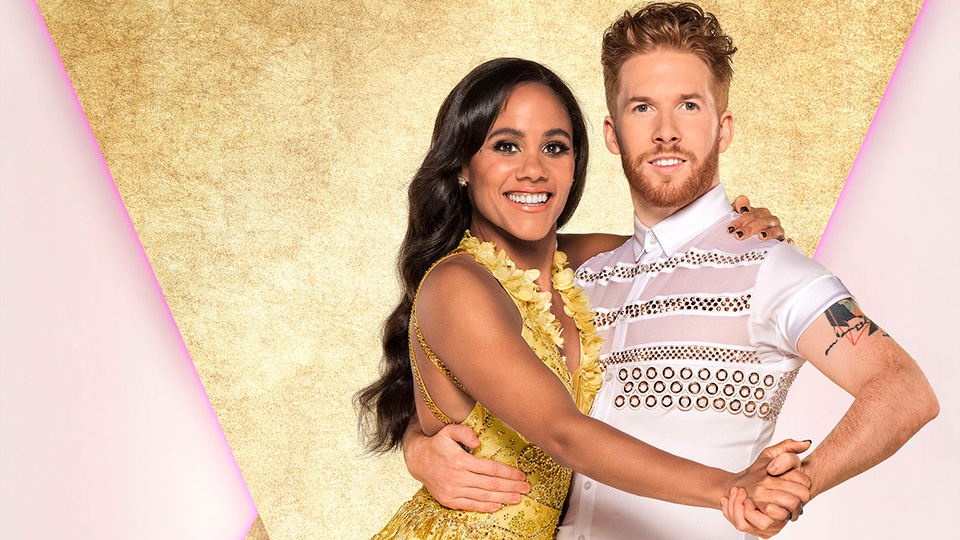 Alex Scott has become the tenth celebrity to be eliminated from Strictly Come Dancing 2019.

The former England Lioness turned TV presenter and her professional partner Neil Jones found themselves at the bottom of the leaderboard on Saturday night, after scoring just 27 points for their Samba to Joyful Joyful from the musical Sister Act. After their scores were combined with the public vote, Alex and Neil were left to face comedian Chris Ramsey and his partner Karen Hauer in the dreaded dance-off.

After Alex and Neil performed their Samba again, while Chris and Karen reprised their Foxtrot to Consider Yourself from the musical Oliver!, the judges cast their votes.

For the second time this year, the panel was split, with Craig Revel Horwood and Motsi Mabuse both voting to save Alex and Neil and Bruno Tonioli voting for Chris and Karen. However, head judge Shirley Ballas used her casting vote to save Chris and Karen, sending Alex and Neil home.

When asked by presenter Tess Daly about her time on the show, Alex said: “I’ve been a fan of Strictly forever so to even be here and dance here every week. I’ve loved every moment and I have to thank everyone, and everyone behind the scenes to make this show work. I’ve literally lived out another dream I had football and then this chapter. I have to thank my dancer partner, he’s incredible. Thank you to everyone.

Tess also asked Neil about Alex. He said: “I’ve been so lucky because I got a partner. And, I got you, you were the best. You were so good. She’s taught me so much.”

Sunday night’s results show opened with a performance from  Beverley Knight, accompanied by Strictly’s troupe of professional dancers. There was also a guest performance from Tony Award-winner and Broadway superstar Idina Menzel.

The remaining four couples will take to the dancefloor next week when Strictly Come Dancing returns for the semi-final on Saturday 7 December at 7pm with the results show on Sunday 8 December at 7.20pm on BBC One and BBC iPlayer.