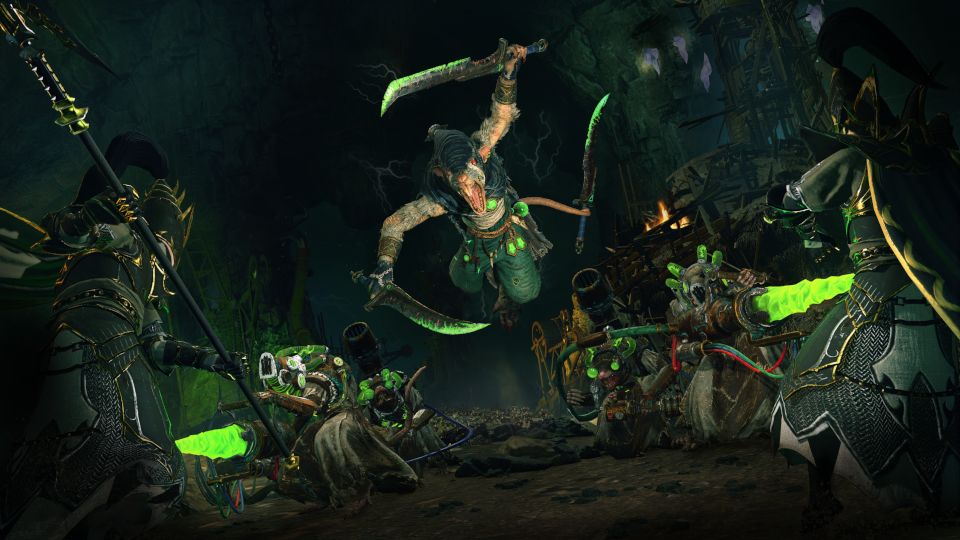 Total War: Warhammer 2 will be getting two new playable factions to boost the already impressive roster. Clan Eshin (Skaven) and Hag Graef (Dark Elves) will both be playable in both the Eye of the Vortex and Mortal Empires campaign modes. The Shadow and the Blade DLC will be released on 12th December.

Each new faction will have their very own new legendary lord and unique army units. Clan Eshin will be lead by the sneaky Deathmaster Snikch with Hag Graef being lead by Malus Darkblade. On top of the new Lords, there will also be twelve brand new units between the two factions.

View the trailer below:

Here’s a bit of lore taken from the press release to set the scene for these new factions:

“Tz’arkan, the Drinker of Worlds has escaped from his eternal prison within the Realm of Chaos and latched himself onto the mind of Malus Darkblade, forging a deadly partnership that reverberates throughout the New World. Sensing the potential of this daemonic entity, the Nightlord of Clan Eshin has dispatched his most trusted assassin, Deathmaster Snikch, to track down the daemon and investigate its true power.”

In addition to this paid DLC, the base game will also be getting a major update with two new characters for the Brettonians plus some quality of life improvements. When the update is live Brettonia players will be able to take new Legendary Lord Repanse de Lyonesse and new Legendary Hero Henri Le Massif into battle.

The highlight of the quality of life improvements has to be the reduced time between turns in the campaign. This update will reduce wait times by up to 60% which is a significant improvement.

The Shadow and the Blade DLC is available to preorder now on Steam where you can get yourself a preorder discount of 10%.