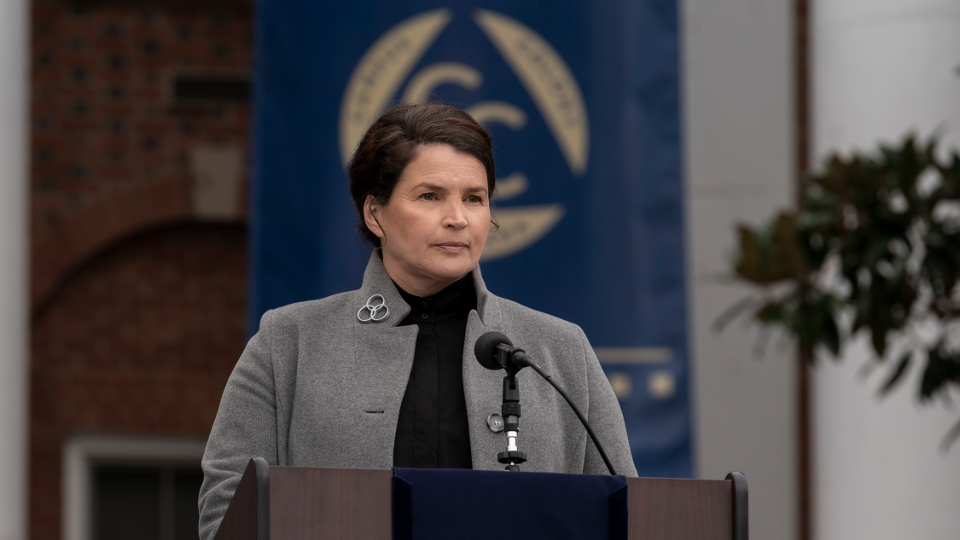 A new trailer for the series, reveals Emmy Award-winner, Julia Ormond as a series regular playing the charismatic leader of a large, sophisticated and formidable force. If you look closely I’d say that’s the same helicopter that rescued Rick Grimes (Andrew Lincoln) in The Walking Dead – 9×05.

Watch The Walking Dead: World Beyond – Official teaser trailer below:

The Walking Dead: World Beyond will focus on the first generation raised in the zombie apocalypse. Some will become heroes. Some will become villains. In the end, all of them will be changed forever. Grown-up and cemented in their identities, both good and bad.

Following the successful release of The Walking Dead and Fear the Walking Dead, the next series is co-created by Scott M. Gimple, with Matt Negrete on board as co-creator and showrunner. The series will star Aliyah Royale, Alexa Mansour, Annet Mahendru, Nicolas Cantu, Hal Cumpston and Nico Tortorella.

Also joining the show’s series regulars in recurring guest roles this season are Natalie Gold (Succession, The Land of Steady Habits) as Lyla, a mysterious figure operating in the shadows on behalf of the cause she believes in; Al Calderon (Step Up: High Water) as Barca; Scott Adsit (Veep, 30 Rock) as Tony; and Ted Sutherland (Fear Street, Rise) as Percy.

The Walking Dead: World Beyond will be coming to Prime Video in Spring 2020. Sign-up for a free Amazon Prime Video trial.

In this article:Amazon Prime Video, The Walking Dead, World Beyond