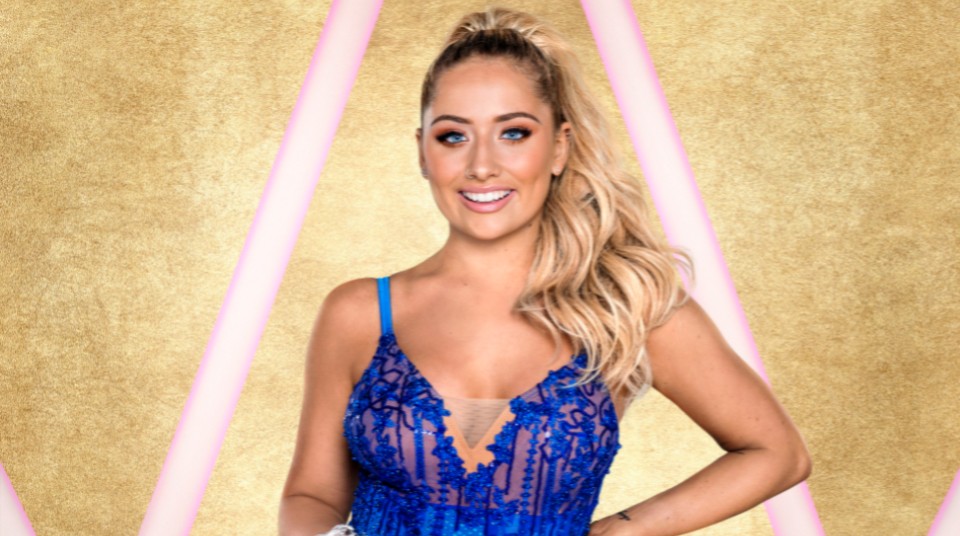 The social media star and her professional partner AJ Pritchard scored 26 points for their Samba on Saturday night, leaving them joint bottom of the leaderboard. Once this was combined with the judges’ votes, Saffron and AJ found themselves in the dreaded dance-off, along with Karim Zeroual and his partner Amy Dowden.

After Saffron and AJ performed their Samba for the second time and Karim and Amy danced their Contemporary Couples’ Choice routine again, the judges gave their verdict on their dance-off performances.

Craig Revel Horwood, Motsi Mabuse and Bruno Tonioli all voted to save Karim and Amy, sending Saffron and AJ home. Head judge Shirley Ballas said she would also have voted for Karim and Amy.

When asked by presenter Tess Daly about her time on the show, Saffron said: “I’ve had the absolute time of my life and it’s all down to him. It’s been amazing. I’d like to thank AJ so much, when I look at what I was like on week one I was so embarrassed and shy. He’s really taken me out of my shell. Thank you so much for everything.”

When asked about Saffron, AJ said: “Every single week you’ve approached it with a positive mental attitude and you’ve inspired so many… on your own social media too. As a non-dancer starting from day one I’m not going to lie I was a bit scared… but performing those fantastic dances has been amazing. I’ll never ever ever forget that dance. Thank you. The best partner. Thank you. ”

Strictly Come Dancing 2019 will return with the Musicals Special on Saturday 30th November at 7.10 pm on BBC One, with the Results Show on Sunday 1st December at 7.15 pm.