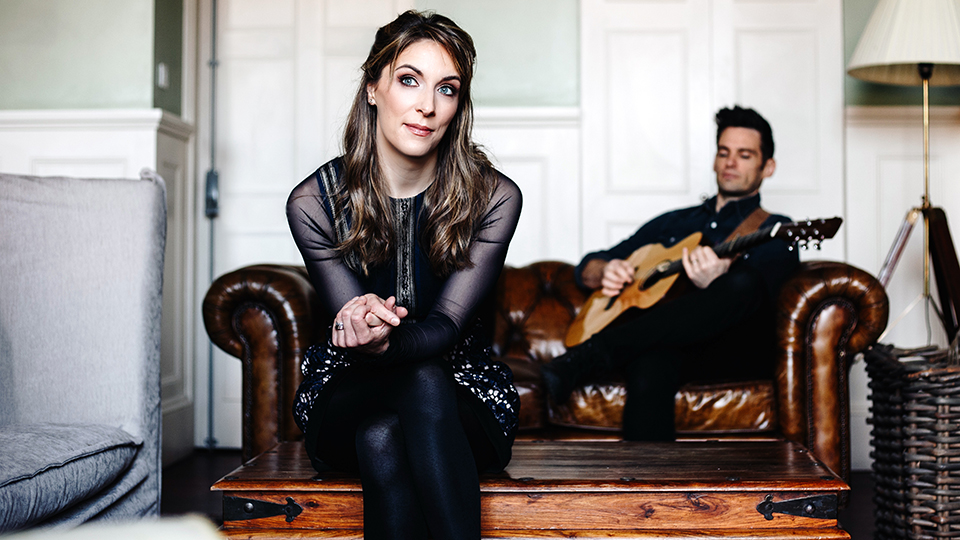 Scottish folk singer Emily Smith has made an impact with the release of several solo albums since 2006’s A Day Like Today. A former BBC Young Traditional Musician of the Year winner, Smith has partnered with her husband Jamie McClennan, a New Zealand-born musician and songwriter, for her latest album. Small Town Stories is the first album to be released under the Smith & McClennan name, even though the married couple have been performing together for the past 17 years.

The 10-track album features 8 original tracks penned by McClennan, showcasing his abilities as a songwriter, with Smith taking care of the lead vocals. That’s not to say that McClennan doesn’t make a mark with his vocals too though a he sings harmony throughout the entire record. Encompassing folk, Country and Americana Small Town Stories kicks off with Firefly and what immediately grabs you is the chemistry between the duo. Their voices are completely in sync with one another and they work really well together. The other thing that pleased me is that the song, and indeed the album, sounds authentic. That’s something that’s not always a given when people outside of the US make this kind of music.

Sailin’s a Weary Life is a traditional number with lyrics penned by Smith that harks back to her solo work. She sings part of the song solo before McClennan adds his warm harmony vocal into the mix. It’s a nice nod to the past as well as a salute to the future. The tone shifts again with third track Hummingbird, which is a moody folk ballad driven by an acoustic riff. It’s a powerful showcase of the magic the two can conjure when they keep things simple.

There’s plenty of variety across the record. Long Way Down has a harder edge and a clap-driven beat, the gorgeous Better Than War recalls The Civil Wars and dare I say Scarlett and Gunnar from the TV show Nashville, and Wait For Me is a warm life-affirming moment about showing strength and support for a loved one. Leaving is one of Smith’s finest vocals a she floats between her mid and upper range. The song is emotive and moving, reflecting on loss and potential that will never be reached.

One More Day is the album closer and it’s another stripped-back moment and another moment that reflects on loss. These gentler moments are the strongest parts of the record and there’s a beautiful fragility about the way Smith delivers her vocal.

Small Town Stories is a strong record from Smith & McClennan. There’s so much heart shown across the record and the lyrics are superb. The couple allow us an intimate look into their world and McClennan is an incredibly gifted lyricist. Together they create dreamy magic that pulls on the heartstrings and makes you feel. What more could you ask for from an album?

Advertisement. Scroll to continue reading.
In this article:Smith & McClennan