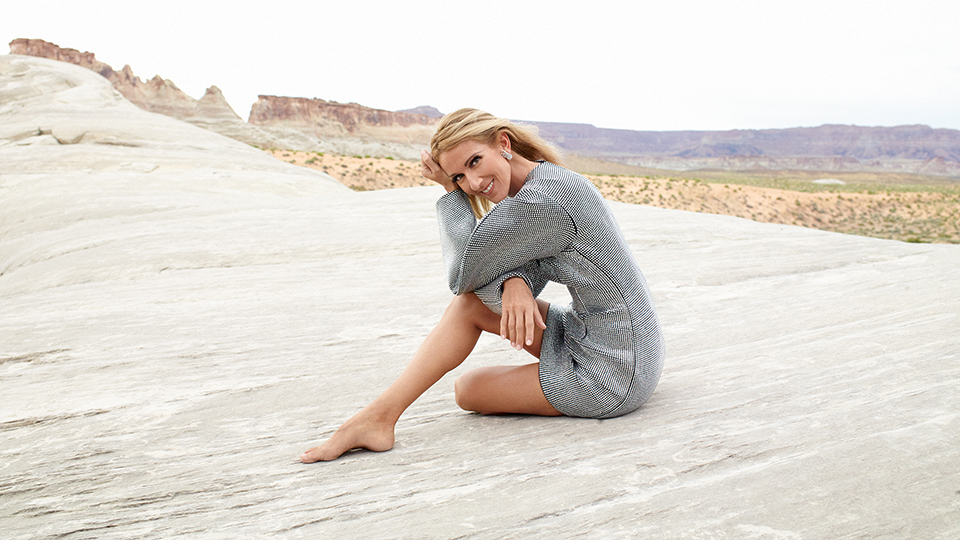 Canadian icon Celine Dion hasn’t had the best few years losing both her brother and her husband in 2016 just days apart. The time since then has seen Dion dealing with her losses and finding solace in her work, continuing her Las Vegas residency Celine which she brought to an end earlier this year. Over the summer Dion came to the UK to headline one of the nights at British Summer Time Hyde Park and she recently kicked off her Courage World Tour. Her last studio album was 2016’s Encore un soir and her last English-language album was 2013’s Loved Me Back to Life. Last Friday she released her eagerly awaited new album Courage.

The Deluxe Edition of Courage, which this review is based on, sees Dion teaming up with a host of top songwriters and producers. Lead single Flying On My Own, which debuted over the summer, is a little bit of a misdirection. Anyone expecting Dion to go full dance diva for Courage will be sorely disappointed but what she does do on Courage is continue to explore a range of different sounds and styles, as she has done over her career. Ahead of the album’s release Dion released Lying Down, Courage and Imperfections after Flying On My Own. Those three songs show the breadth and variety that the album contains.

Lying Down, co-written by David Guetta, Sia Furler and Giorgio Tuinfort, is a defiant anthem of the kind Dion has built a career on while Imperfections modernises her sound with tropical beats and a radio-friendly hook. Of the three it’s Courage that really stood out. Although Dion doesn’t write her own material, you can’t listen to that song without thinking she’s singing about her late husband. It’s classic Dion; heartfelt, emotional and incredibly powerful. No one delivers a ballad the way she does.

Themes of loss, love and strength are prevalent across the entirety of the record. The fragile Falling in Love Again, written by Skylar Grey, navigates the difficulty of finding love again after believing that you never would. Like the title track, it’s hard to listen to without feeling that Dion is battling to move on following the passing of her husband. The gorgeous Say Yes strips the music away as Dion sings about embracing opportunities and letting yourself feel, the funky groove of Nobody’s Watching sees Dion exploring her lower register and restraining her delivery, and the Sia-penned Baby sounds so like Sia it’s hard to believe you’re listening to Dion at times.

For the Lover That I Lost made the hairs stand up on my neck. The piano-ballad is clearly a song that Dion feels and it’s incredibly emotional. Sam Smith co-wrote the song and it perfectly captures Dion’s love for her late husband. If you don’t shed a tear, you should probably check you’ve got a pulse.

The second half of the record does have a few songs you could happily skip over. It’s not that their bad, it’s just that they lack the impact of the album’s strongest moments. I Will Be Stronger has a nice message but it’s forgettable, and Best of All encounters the same problem. Heart of Glass picks things up again (no it’s not a Blondie cover) thanks to finger snaps and a steady beat. Album closer The Hard Way has one of the best vocals on the record with Dion utilising her full belt and range.

Courage isn’t a flawless album but it’s one that’s incredibly emotional and it feels like Dion’s most personal to date, even though she didn’t write a single lyric. She’s clearly handpicked songs that resonate with how she’s feeling and her skill has always been as a vocalist who can sell anything she sings. That’s the case here. While the Deluxe Edition may be a little over long, there are no stinkers on here and with repeated listens, the album really does sink its teeth into you.