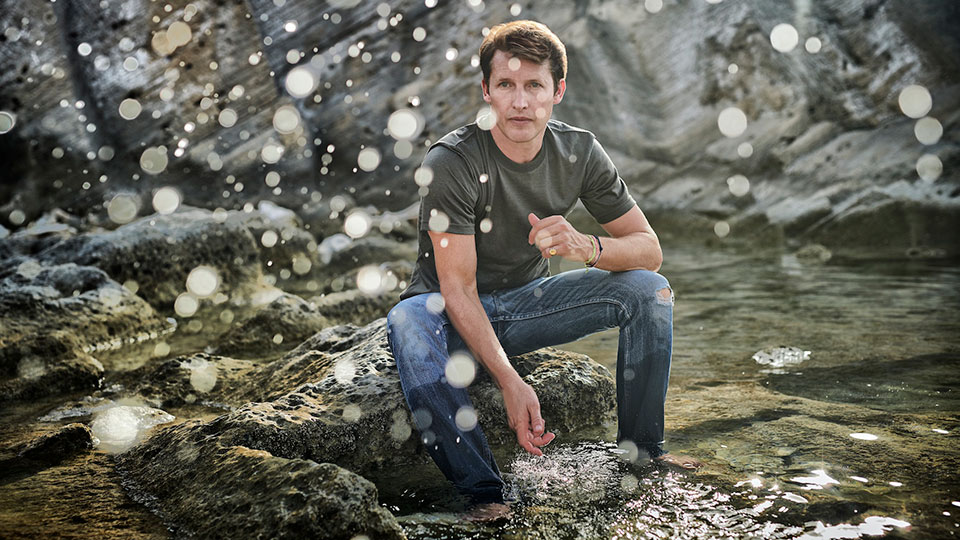 Over the last few years James Blunt has undergone a bit of a remarkable transformation. After breaking through with debut album Back to Bedlam in 2004, which has sold more than 11 million copies worldwide, Blunt faced a pretty quick backlash. Ridiculed for everything from his voice to his sensitive songwriting, it looked like Blunt could end up a one album wonder but he defied the odds with his 3 million plus selling second album All the Lost Souls in 2007. Turning the tables on his haters, Blunt started to show off his wicked sense of humour by trolling back those who trolled him on Twitter. That strategy has paid off as Blunt is a bit of an Internet sensation and he’s a consistent seller with 2010’s Some Kind of Trouble and 2013’s Moon Landing both surpassing Platinum in the UK.

2017’s The Afterlove didn’t match the commercial success of Blunt’s previous releases. The album saw him team up with the likes of Ryan Tedder, Ed Sheeran, and Snow Patrol’s Johnny McDaid but the change in direction sonically to an edgier sound didn’t quite work out for him (although I was a fan). For new album Once Upon a Mind Blunt promised fans his most ‘depressing collection yet’ suggesting that he was going back to basics and reconnecting with the sound that he made his name with.

Well Once Upon a Mind isn’t quite a return to Blunt’s original sound but there are moments that do hark back to where it all began. Opening track The Truth has a pop-influenced dance beat during the chorus while the verses feature guitar riffs over a beat. It’s a track that’s likely to catch you off guard and it’s a complete contrast to the mid-tempo sensitivity of lead single Cold. Perhap the best way to describe Once Upon a Mind is classic Blunt but with a poppier/dancier edge. It’s a sound that works for him and on this record, it sounds a little more authentic than it did on The Afterlove.

The atmospheric Youngster shows a grittier side to Blunt’s vocals that we’ve not really heard before as he sings an off-kilter melody. It’s one of the strongest tracks on the record with an infectious beat and a memorable hook. I Told You combines hand claps with layered vocals for a breezy pop number, Stop the Clock marries beats with piano for an unusual but enjoyable moment, and Champions has a hard beat while Blunt’s vocals cut through the melody.

My favourite moment comes at the midpoint of the album on 5 Miles. The song explodes into a big dance anthem with tropical beats and a sing-a-long chorus. I can imagine if he had teamed up with a big dance star, this song would likely be a big hit on the charts. There’s definitely the possibility for some killer dance remixes.

The ballads on the record include the piano ballad Monsters, which is classic Blunt, and the more interesting How It Feels to Be Alive, which has a sense of urgency and passion that’s simply spine-tingling. The album closes with the inspirational The Greatest and it’s the kind of song that I imagine will do very well with audiences when Blunt heads out on tour.

However you feel about James Blunt, you have to admire that he continues to make the music he wants to make. He’s sold enough records and got a solid enough fanbase by this point to be able to experiment with his sound whenever he wants to without alienating anybody. Once Upon a Mind is a marriage of Blunt’s progression with his trademark style and it works. I still wish he’d get a little more respect and credit for the artist that he is because he’s easily one of the UK’s finest.