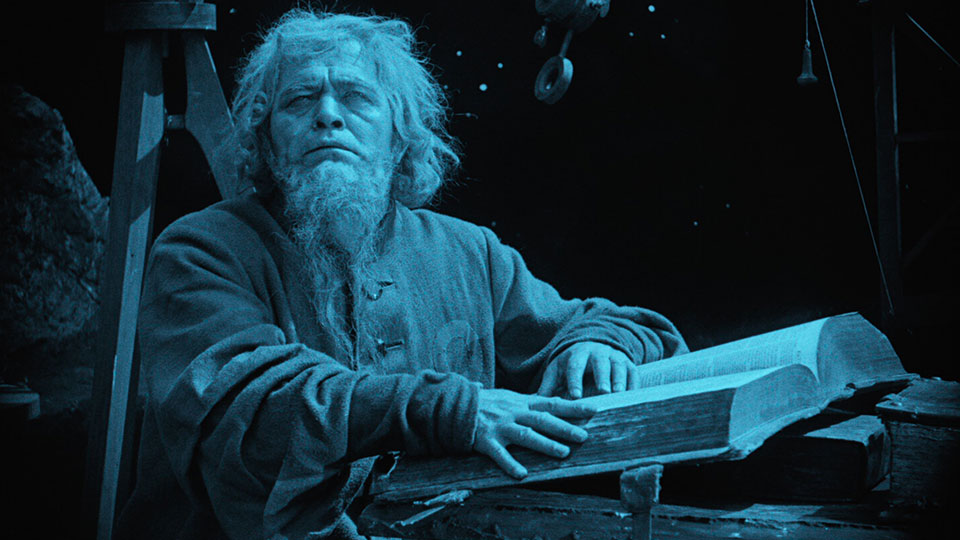 Eureka Entertainment to release Der Golem; Paul Wegener and Carl Boese’s classic silent horror, as part of The Masters of Cinema Series for the first time on Blu-ray in the UK, from a brand new 4K restoration on 18th November 2019. Presented with a Limited Edition Slipcase [First Print Run of 2000 copies only].

An iconic early horror masterpiece, Der Golem was Paul Wegener’s third attempt at adapting the Golem character for the big screen. Starring and co-directing with Carl Boese, Wegener crafted one of silent cinema’s most enduring masterpieces.

In the Jewish ghetto in 16th century Prague, Rabbi Low (Albert Streinruck, Asphalt) creates a forbidding clay Golem (played by director Paul Wegener) to protect his people from the tyrannical Emperor Luhois (Otto Gebuhr). Brought to life with a demon spirit and an amulet placed in the centre of the creature’s chest, the Golem is a seemingly indestructible juggernaut, performing acts of great heroism. But when the Rabbi’s assistant attempts to control the Golem for selfish gain, it becomes a terrifying force of destruction, rampaging through the ghetto leaving fire and death in its wake.

A landmark film in the horror canon, influencing most notably James Whale’s 1931 adaptation of Frankenstein, Der Golem, wie er in die Welt kam is also a pre-eminent example of German Expressionism, and an important contribution to the golden age of Weimar Cinema. The Masters of Cinema Series is proud to present the film in its UK debut on Blu-ray from a brand new 4K restoration.

Der Golem, the iconic German horror, is released Monday 18th November on Blu-ray and can be purchased at https://amzn.to/2LS6oHC.

To celebrate the release of Der Golem, we have have 3 copies on Blu-ray to give away. Enter below for a chance to win…

In this article:Der Golem, Eureka Entertainment