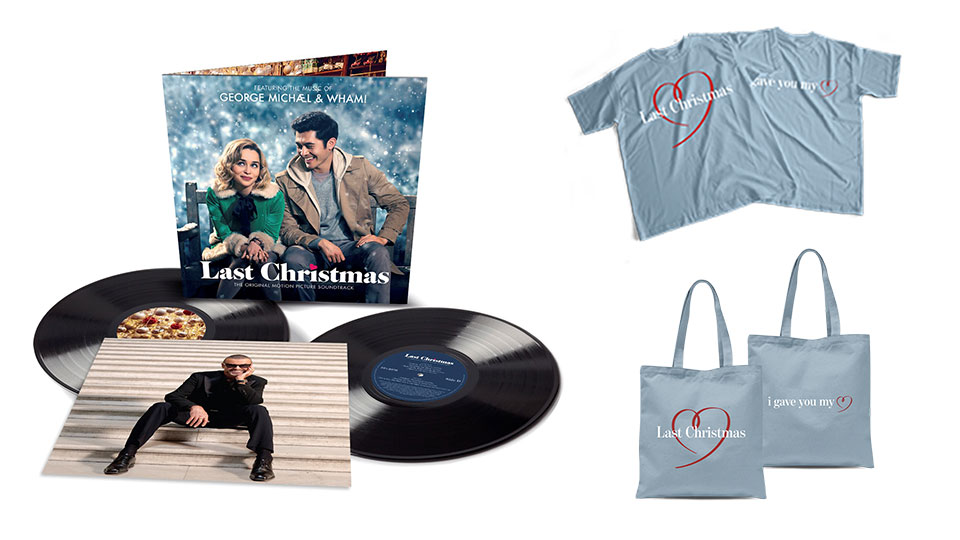 Last Christmas, the soundtrack album, features 3 fabulous Wham! songs including Last Christmas and Everything She Wants as well as 12 of George Michael’s best loved tracks from his solo years.

The soundtrack is available on CD and Digital now and on vinyl from 15th November, the same day the film arrives in cinemas.

Speaking of her meeting with George Michael that led to the making of the film, Emma Thompson said: “The wisdom and emotional scope of George’s lyrics have always amazed me. So many feel like they were written for the movie.”

“After I met George and experienced his compassion and understanding up close, I realised that in fact the movie was written for those lyrics.”

Highlights include the much-loved hits, Faith, Fastlove, Freedom ’90, and Too Funky alongside such surprises as Heal The Pain, Waiting for that Day and the MTV Unplugged version of Praying For Time which George himself adored and the fabulous Older track, Move On. Then when Emma Thompson heard the new track, This Is How (We Want You To Get High), she instantly knew it had to be part of Last Christmas. An extended version will be available on the vinyl version of the soundtrack.

To celebrate the release of the soundtrack we’ve got a goody bag to give away that includes the Last Christmas soundtrack on vinyl and CD, a Last Christmas t-shirt and a tote bag. Enter below for a chance to win…

In this article:George Michael, Last Christmas