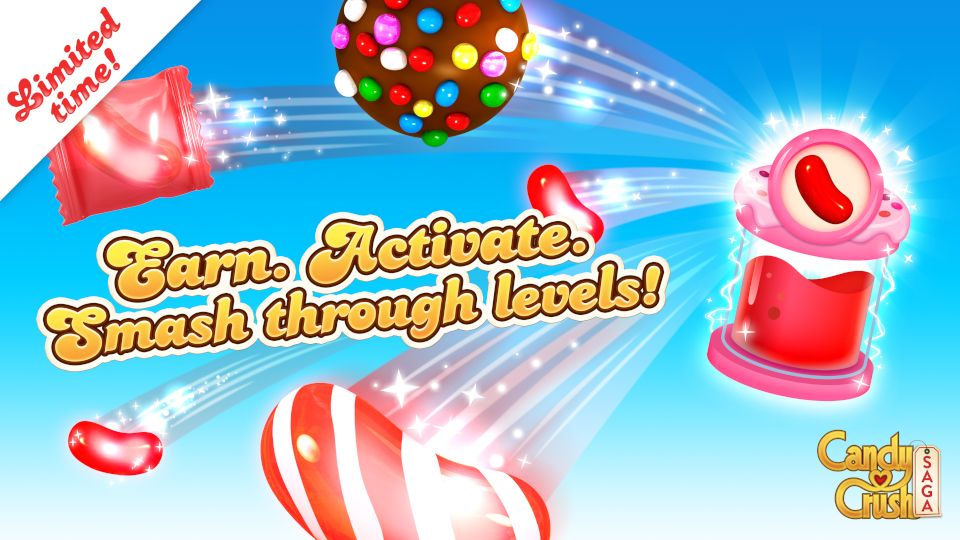 Candy Crush Saga was released in 2012 and was the brainchild of Sebastian Knutsson and a small team based in Stockholm. Since its release, it has grown to contain almost three thousand levels, has had two spin-off games in the form of Candy Crush Soda Saga and Candy Crush Jelly Saga and has been played over a whopping one trillion times around the globe.

From now until 17th November players of Candy Crush Saga are being rewarded with the new Colour Streak in-game booster. The booster will allow players to fly through levels much quicker than before and will be a big help on their Candy Crush Saga journey. The booster is available to all players over level 15, with a minimum app version of 1.157, on Apple App Store, Android, Windows, Amazon and HTLM5.

Here’s how it works:

“Played by millions of people every day, Candy Crush Saga is universally recognisable for its bright colour palette, nostalgic themes and vibrant activity across the game board,” said Marcus Lewold, Head of the Candy Crush franchise at King. “We’re thrilled to introduce the latest in-game booster to enhance our players’ experience and reward them for helping to make Candy Crush Saga the irresistible game it is today.”