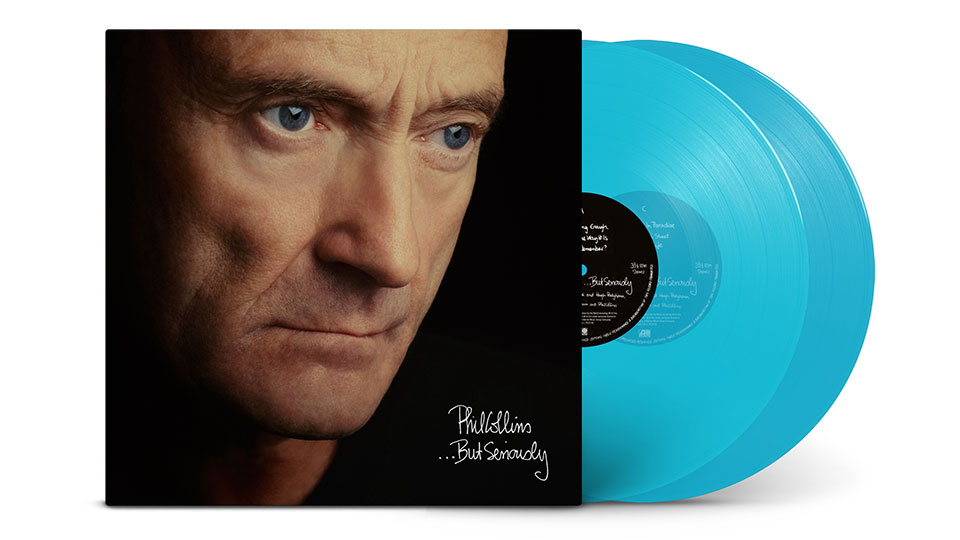 Phil Collins will reissue …But Seriously on 180-gram turquoise vinyl will be released as a double-LP set on 22nd November 2019.

Marking the album’s 30th anniversary, there will be 1,000 copies made with a bundled lithograph that will be available exclusively at the Rhino.co.uk store. …But Seriously was originally released in November 1989 and it was Collins’ fourth multi-platinum solo album.

…But Seriously sold nearly 3 million copies in the UK and more than 4 million in the US. It was also the last number one of the 1980s and the first of the 1990s.

The record features classics such as Another Day in Paradise, I Wish It Would Rain Down, Something Happened On the Way to Heaven and Do You Remember?

In 2016, Collins completed a campaign to create deluxe editions for all eight of his solo albums. Each one featured expanded track lists, remastered sound and new artwork in which Collins recreated his poses from the original album covers using present-day photos.

The new turquoise vinyl edition features the remastered audio and artwork that were released in 2016.

The track listing for …But Seriously is:

1. Something Happened On The Way To Heaven
2. Colours
3. I Wish It Would Rain Down

1. Saturday Night and Sunday Morning
2. Father To Son
3. Find A Way to My Heart

Advertisement. Scroll to continue reading.
In this article:Phil Collins