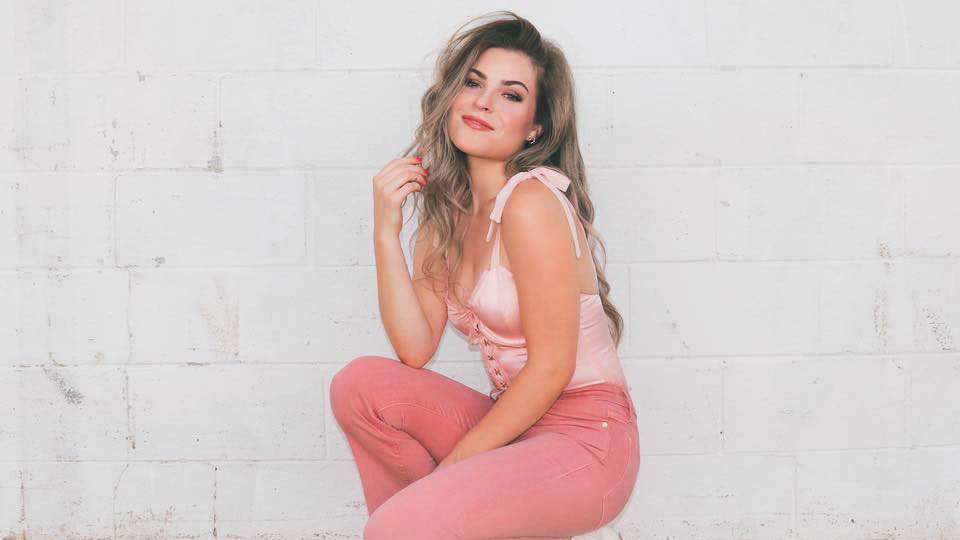 Country Music Week turned out to be a very good week for Tenilles. On Saturday we had the pleasure of witnessing Tenille Townes leaving the audience with their jaws on the floor and yesterday it was the turn of fellow Canadian artist Tenille Arts to win over UK fans. Making her UK live debut, which was actually her first time performing outside of the US and Canada, Tenille Arts was the third artist on the bill for the second day of Country Hits Radio’s Daytime Hub.

Signed to Reviver Records, Tenille has started to gain traction here in the UK before her visit this past weekend. Her song I Hate This featured on an episode of The Bachelor and it helped her find a platform across the world. For her first ever UK set, Tenille mixed in new material with songs the crowd knew and a carefully selected cover. Her set was completely acoustic and she opened with Everybody Knows Everybody, a song about living in a small town where everyone knows everyone else’s business.

Within seconds of her starting, I was hit by her incredible voice. She sounds great on record but seeing her live was a completely different experience. Possessing power and plenty of nuance, Tenille showcased the light and shade of her range, which was most evident on the mind-blowing opening moments of I Hate This. I felt every word she sang so deeply and you could hear the emotion in her voice as she sang the lyrics.

Elsewhere in the set a cover of Dixie Chicks classic Cowboy Take Me Away was a smart move and a moment where the audience could join in and new song Butterfly Effect dealt with the feeling of falling for someone and trying to figure out if it was real or not. Call You Names was a highlight and lyrically it was something different. The song is an apology from Tenille to her mother for being a difficult teen and the stark honesty of the lyrics were easy to relate to.

The final song of the set was current single Somebody Like That, one of the more uptempo moments. It’s a catchy Country song with a pop leaning and it should be a smash on radio if there’s any justice. There’s also a shade of 90s country about it, which I really loved.

Seven songs wasn’t enough time to spend with Tenille but it was a nice taster of what she’s all about. Armed with a magnificent voice and an engaging stage presence, I’d like to see her back in the UK to play some longer shows. She was one of the best artists we saw at the Daytime Hubs over the weekend and there’s something special about her. Come back soon Tenille!

Set list: 1. Everybody Knows Everybody 2. Wild Love 3. Cowboy Take Me Away (Dixie Chicks cover) 4. Call You Names 5. Butterfly Effect 6. I Hate This 7. Somebody Like That Performance date: 27th October 2019