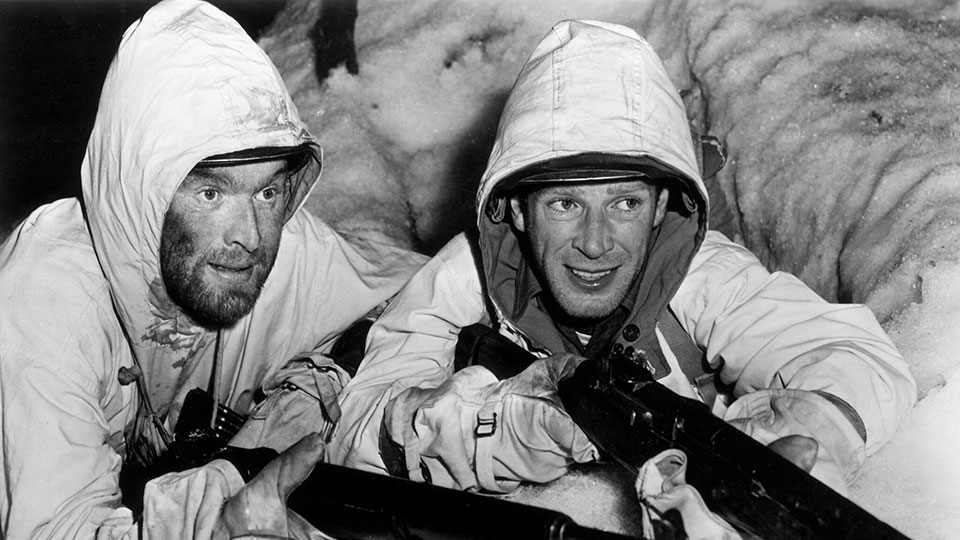 Eureka Entertainment to release Fuller at Fox, Five Films 1951 – 1957 (Fixed Bayonets!, Pickup on South Street, Hell and High Water, House of Bamboo, Forty Guns), a collection of essential films from one of the greats of American cinema operating at his creative peak, as part of The Masters of Cinema Series on Blu-ray. Available in a Limited-Edition (2000 copies, individually numbered) 5-disc hardbound boxed set featuring a 100-page perfect bound Collector’s Book on 28th October 2019.

A towering figure of American cinema, Samuel Fuller was a master of the B-movie, a pulp maestro whose iconoclastic vision elevated the American genre film to new heights. After the major success of The Steel Helmet, Fuller was put under contract by Twentieth Century Fox after being impressed by Darryl F. Zanuck’s direct sales pitch (other studios offered Fuller money and tax shelters; Zanuck simply told him, “We make better movies.”).

Over a six-year period, Fuller would produce some of the best work of his career, (and therefore, some of the best films in American cinema), an uncompromising series of masterpieces spanning multiple genres (the Western, the War film, film noir, the Crime-Thriller) that would establish the director as a true auteur, whose influence continues to be felt today.

Collected here are five films from this fruitful period, all presented from stunning restorations. The impossibly tense Korean-War drama Fixed Bayonets! (1951); the outrageous and confrontational spy-thriller Pickup on South Street (1953); the Cold War submarine-actioner Hell and High Water (1954); the lushly photographed, cold-as-ice film noir House of Bamboo (1955); and the audacious Western with a feminist twist, Forty Guns (1957). Also included is Samantha Fuller’s 2013 documentary, A Fuller Life, featuring friends and admirers of the great director reading extracts from his memoirs.

To celebrate the release we have 1 copy to give away. Enter below for a chance to win…

In this article:Eureka Entertainment, Fuller at Fox