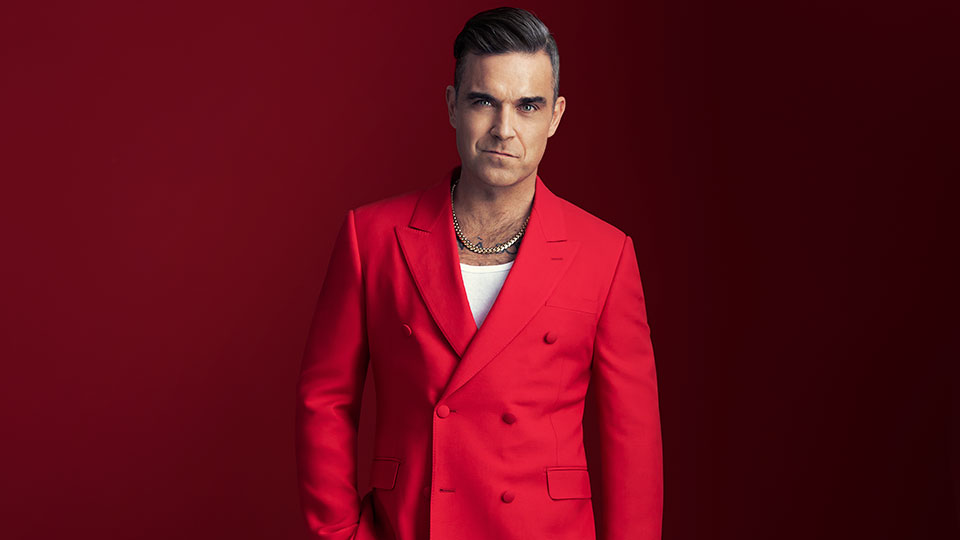 Robbie Williams is set to release The Christmas Present, his first-ever Christmas album, via Columbia Records on 22nd November 2019.

The release will be available as a standard and deluxe CD as well as on vinyl and cassette format. The double album will feature two discs – Christmas Past and Christmas Future.

The deluxe CD version of the album features another four bonus tracks including the duet It Takes Two with Rod Stewart.

Robbie says: “I’m beyond excited to announce my first ever Christmas album. I’ve done a lot in my career and releasing this record is another dream come true. Making this album has been so much fun and I can’t wait for you all to hear it.”

The Christmas Present is Robbie’s 13th studio album. Written and recorded in a variety of locations including London, Stoke-on-Trent, Los Angeles and Vancouver, the album sees Robbie working once more with long-time collaborator Guy Chambers, who produced the majority of the record with Richard Flack.

The full deluxe album track-listing is:

Fans who pre-order the album from the official store by 3pm on 4th November will receive access to a special ticket pre-sale for The Robbie Williams Christmas Party live show on 16th December at The SSE Arena, Wembley.

The pre-sale starts at 10am on 5th November for 48 hours. General sale tickets are available from 10am on 7th November from ticketmaster.co.uk and axs.co.uk.