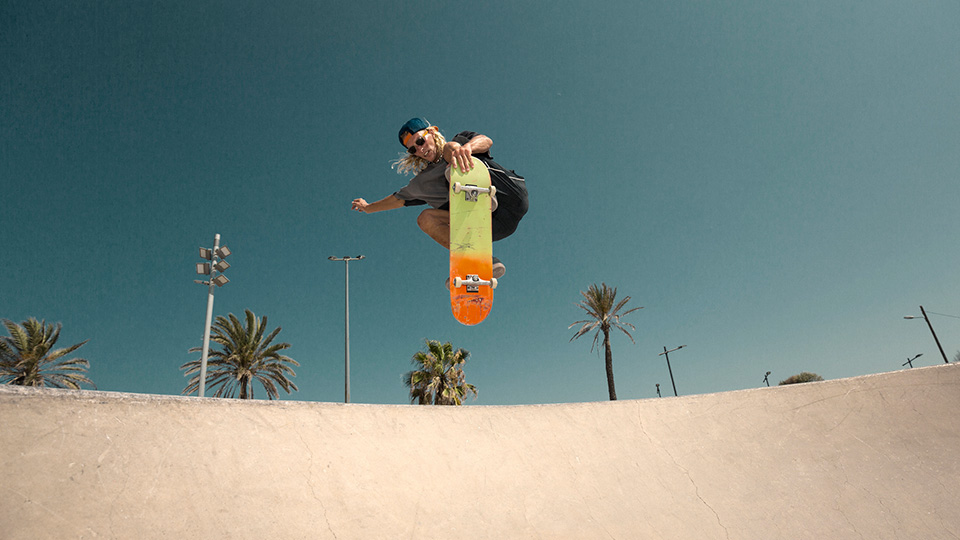 One of the most entertaining sports that people of all ages can get involved in is skateboarding. There are even some skateboarders who have practiced on a regular basis who have become professionals in the skating industry. If you’re a fan of the sport, there are also plenty of great films that you can watch this year that also feature skateboarding.

There are many reasons why people love to see great skateboarding in the movies. It not only offers entertaining scenes in the film, but can also inspire people to pick up a board themselves.

From kickflips to ollies, films or even a beginner’s guide to skateboarding can inspire you to get into skating. For those who love both skateboarding and films, here are four films that you might enjoy watching this year:

1. Back To The Future (1985) is a popular film that has been talked about for years among film fans. The films stars Michael J.Fox as high school student Marty McFly who accidentally travels back in time with his close friend Doc Brown (Christopher Lloyd). Audiences can expect many great comedic scenes as Marty tries to cope in the 1950s and with awkward encounters with his younger parents. Many professional skateboarders and skating fans have often cited Back To The Future as the film that influenced them into taking up skateboarding. If film fans loved this first installment, then the second movie, Back To The Future Part II, even introduces hoverboards that audiences will enjoy watching.

2. If you’re a skating fan who is looking for something entertaining to watch this year, then The Simpsons Movie (2007) is a fun family film to check out. The Simpsons has been a long-running, animated TV show that has been running since the 1980s. As many people loved to watch the Simpsons family get up to all sorts, the show made it’s big screen debut in 2007. While the film is not solely focused on skating, fans can enjoy watching Bart ride around on his board throughout the film.

3. Directed by Crystal Moselle, Skate Kitchen (2018) is her debut feature film about a female teenage skater who makes friends in New York with a bunch of other skateboarding girls. This is an interesting modern film that centers around skateboarding and is a great one to add to your watch list. Filmed in New York during the summer, the film also provides some great inspiration for where to skate in the city, from the Lower East Side to Queens. Whether you are a skilled skateboarder or just a beginner, Skate Kitchen is a film that everyone can appreciate.

4. Thrashin’ (1986) is an interesting skater drama film to watch starring Josh Brolin as amateur skateboarder Cory Webster. This film is great to watch not only for its focus on skating but also for its great soundtrack. It features songs from many great performers like The Bangles, Meat Loaf, and the Red Hot Chili Peppers. To make the film even more of a must-watch, it also features appearances from professional skaters such as Tony Hawk, Christian Hosoi, Tony Alva, and more!

Advertisement. Scroll to continue reading.
In this article:Back to the Future, Skate Kitchen, The Simpsons Movie, Thrashin'