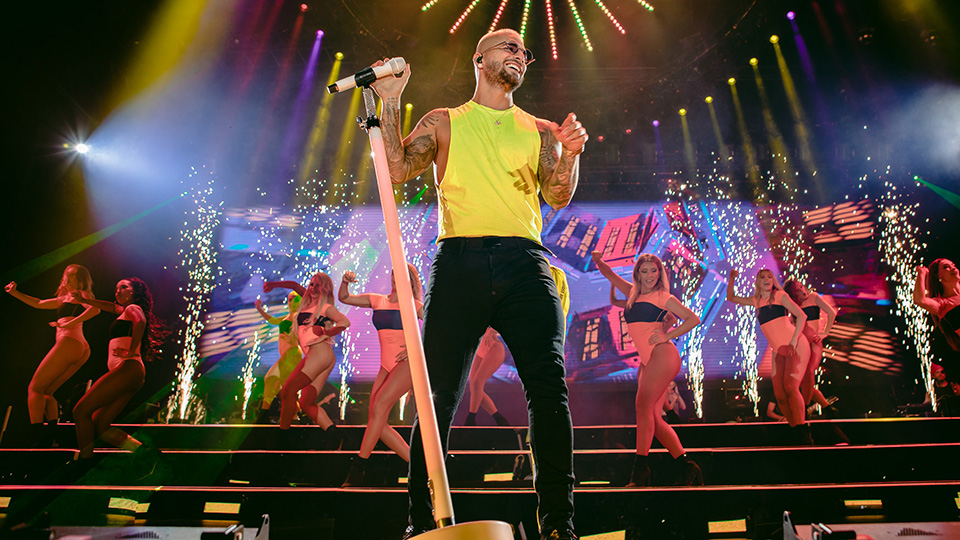 Maluma has announced a headline show at The O2 Arena in London on Thursday 2nd April 2020 as part of his 11:11 World Tour.

The show is the Colombian superstar’s first since his sold-out show at SSE Arena Wembley last year. Maluma will be performing songs from his latest album 11:11 along with selections from his 2018 Grammy Award-winning album F.A.M.E. and the rest of his back catalogue.

Maluma is currently touring the world with his 11:11 World Tour. Over the summer he sold out shows in Poland, Portugal, Hungary, the Czech Republic and Morocco, and he’s now in the midst of the sold-out North American leg.

Fans can expect a brand new state-of-the-art show that is futuristic and visually charged with lasers, audio-visual effects and pyrotechnics presented in a way never before seen in a show by a Latin music artist. Maluma is backed by his live band and twelve dancers.

Maluma’s 2017 World Tour achieved unparalleled success, having sold over one million tickets in 105 worldwide concerts in 2017 alone and making Maluma the top concert-selling Latin artist in the world.

In 2018, he broke records achieving full houses in all of his shows throughout the United States and Europe with his F.A.M.E. World Tour selling out the Madison Square Garden arena (New York), the American Airlines Arena (Miami) and two The Forums (Los Angeles), among others.

Earlier this year he collaborated with Madonna for three tracks including the single Medellín, the lead single from the Queen of Pop’s latest album Madame X.

Tickets for The O2 Arena show go on sale Friday 11th October at 9am and will be available from www.gigsandtours.com.