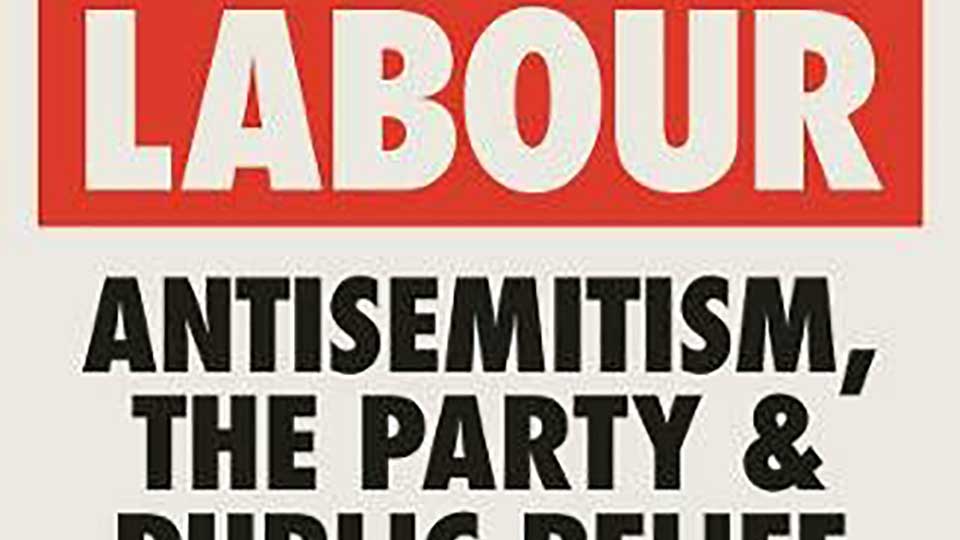 From the moment that the hard-left took over the Labour Party and propelled previously-obscure backbencher Jeremy Corbyn to the position of Leader of the Opposition in autumn 2015, it became a matter of when, not if the party became embroiled in an anti-Semitism scandal. That much was as predictable as night follows day to anyone who understands the nature of the hard-left, which has anti-Semitism and visceral hatred of Israel – the only Jewish state in the world – in its DNA.

Bad News for Labour is an attempt by a collection of hard-left academics to excuse the inexcusable. Each of the authors is highly partisan on the book’s core issue. Indeed, a reading of it reveals that its sole purpose is to derive an unwarranted conclusion (Labour’s anti-Semitism scandal is largely concocted by the ‘biased’ media) from a faulty premise (Jeremy Corbyn’s leadership is above criticism). It has as much of a ring of authenticity, rigorous academic scrutiny and fair-minded inquiry as the kind of Stalinist propaganda it is clearly inspired by.

To dig at some details, there are some staggering omissions. Jewish Ex-Labour MP Luciana Berger, it is said, “suffered very serious antisemitic [sic] abuse, and the most extreme examples of it from the far right…” There is scant mention that Berger had to have a police escort to attend her own party’s annual conference in 2018, and that she claimed that institutional anti-Semitism within Labour, and the leadership’s tolerance of it, led her to quit the party. We only much later discover that this is merely, “what Luciana Berger and her supporters say happened to her”. Is this evidence of naivety, or of deliberate mendacity? As the book progresses, example after example lead one to believe it to be the latter. Research is mentioned of fake Twitter accounts purporting to be Labour members peddling anti-Semitism. No mention is made of the Corbyn supporters on Twitter pretending to be Jewish to excuse actual anti-Semitism. Organisations such as Jewish Voice for Labour and Jewdas are slyly mentioned as if they are mainstream Jewish groups who are representative of Jewish opinion.

It’s only possible to conclude that Bad News for Labour is far from an honest attempt to ask serious questions about the scandal of anti-Jewish racism in England’s largest left-wing party, but rather an attempt to divert from it, to point fingers elsewhere, and to outdo even the whitewash of the Chakrabarti Inquiry.

Over a succession of essays, the authors become fixated on details. One of their “knock-down” arguments is that the percentage of Labour Party members who have had a case of anti-Semitism brought against them is lower than the percentage that people in focus groups guess. This conveniently overlooks that most instances go unreported, or that there may be a general attitude of negativity towards Jewish people and Israel within Corbyn’s core base of supporters. There is no reflection either on how a roomful of Labour members waving Palestinian flags at their party’s conference may be alienating to the vast majority of ordinary voters.

The one thing Bad News for Labour achieves is to provide outsiders with an insight into how the hard-left thinks. The sections on Labour’s initial failure to adopt the IHRA definition of anti-Semitism is discussed at length. Israel is never referred to as a ‘country’, but rather described as “essentially a settler colonial state”. The same author cannot bring himself to use the words, “Northern Ireland”, preferring, “Protestant plantations in the north of Ireland”. In a later essay, Skwawkbox is cited as a legitimate media reference. Jewish Chronicle editor Stephen Pollard, a vocal critic of Labour anti-Semitism, is dismissed as “ratcheting up this rhetoric”. Elsewhere, the tone is similarly shockingly biased. Israeli Prime Minister Benjamin Netanyahu is described as “the self-proclaimed leader of the Jewish people” on the same page on which Jeremy Corbyn suffers “a constant stream of attacks” for “allegedly associating with antisemites [sic]”.

Admittedly, self-reflection has never been the left’s strong suit, and Bad News for Labour proves this at book length. Sadly, it is not even a pleasurable read. The dry academic tone attempts at a veneer of intellectual detachment, but the mask slips rather too often. Key figures from the Labour Party are introduced with little or no context. John McDonnell, Jackie Walker and Jennie Formby may be familiar names to those of us who follow political news, but they require explanation for a wider readership. The absence of it leaves Bad News for Labour inaccessible to casual readers.

Bland conclusions such as, “the current climate in which inappropriate accusations are made actually weakens the struggle against real racism,” help nobody. Nowhere is the basic fact that many British Jews are terrified of a hard-left government and intend to leave the country under such circumstances mentioned, let alone faced up to and addressed. Instead, the authors choose to exert their energies in worrying about how anti-Semitism in Labour is being reported by the media, and seek to delegitimise the one Jewish state in the world that many British Jews will flee to the next time Labour gains power.

Ultimately, Bad New for Labour is destined not to reach out beyond the ever-dwindling Corbynista echo chamber. Avoiding hard truths and perpetuating myths to socialist activists is the entire scope of this deeply unedifying book. One to avoid unless you’re a True Believer.