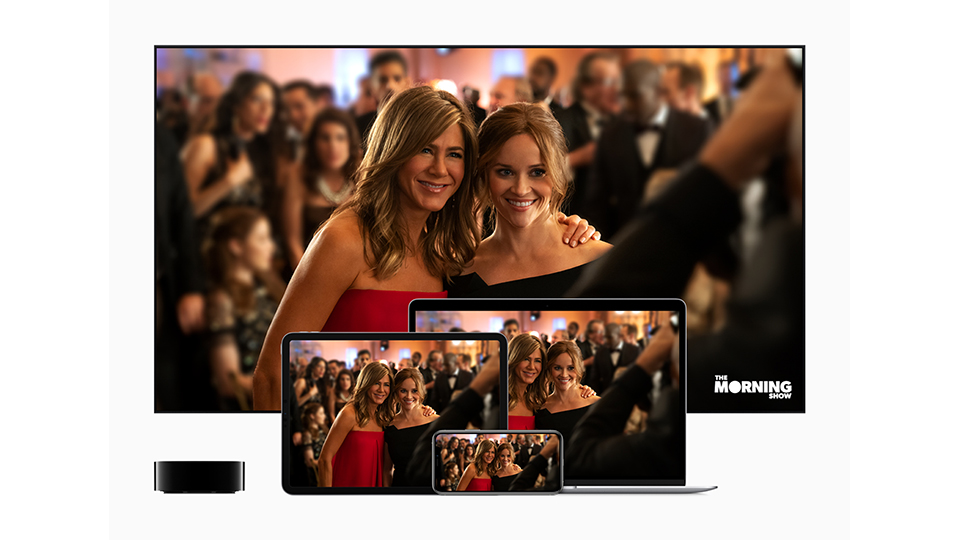 Apple TV+ will launch on 1st November 2019 and be available worldwide on the Apple TV App.

The new streaming service will cost £4.99 per month and launch in over 100 countries. Users can watch via iPhone, iPad, Apple TV, iPod Touch, Mac and online at tv.apple.com and there’s a seven day free trial available.

Starting today, customers who purchase any iPhone, iPad, Apple TV, iPod touch or Mac can enjoy one year of Apple TV+ for free. Through Family Sharing, up to six family members can share one Apple TV+ subscription.

“With Apple TV+, we are presenting all-original stories from the best, brightest and most creative minds, and we know viewers will find their new favourite show or movie on our service,” said Zack Van Amburg, Apple’s head of Worldwide Video. “Each Apple TV+ original offers its own unique story, fresh perspective and powerful message — all meant to entertain, connect and inspire cultural conversations.”

“Apple TV+ is an unprecedented global video service with an all-original slate,” said Jamie Erlicht, Apple’s head of Worldwide Video. “We look forward to giving audiences everywhere the opportunity to enjoy these compelling stories within a rich, personalised experience on all the screens they love.”

These Apple TV+ originals from the world’s most celebrated creative artists will debut on the Apple TV app on November 1:

More Apple TV+ originals will be added to the Apple TV app each month, including:

Subscribers can watch Apple TV+ originals both online and offline, ad-free and on demand, on the Apple TV app, which comes pre-installed on iPhone, iPad, Apple TV and iPod touch and will soon be on Mac with macOS Catalina.

The Apple TV app is also available on select Samsung smart TVs, and will come to Amazon Fire TV, LG, Roku, Sony and VIZIO platforms in the future. Customers can also sign up and watch Apple TV+ originals on the web at tv.apple.com.