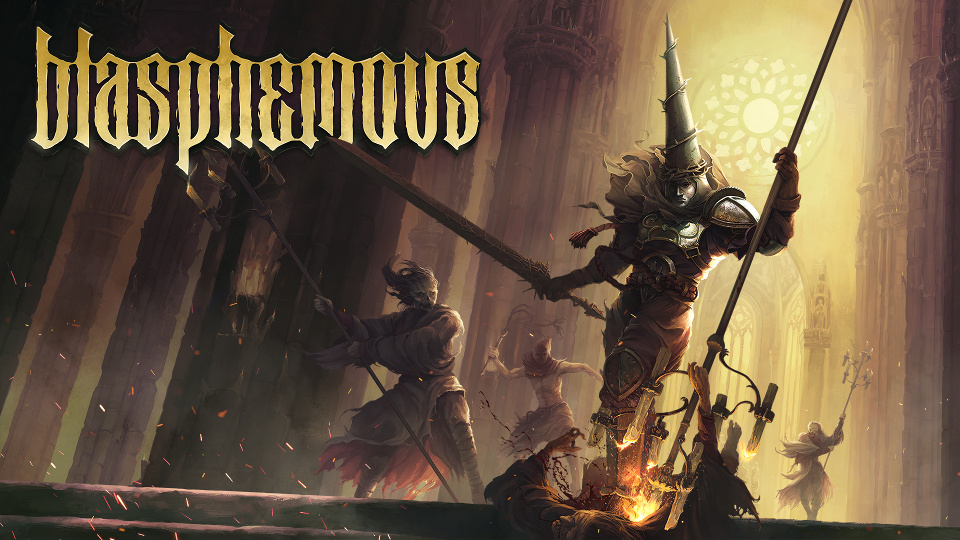 The Game Kitchen throws us mercilessly into the depths of true damnation with Blasphemous: a pixelated platformer that with surely test your own faith in your skills. If you’ve happened upon a trailer or still, no doubt you have already seen the creepy art and ambitious concept that Blasphemous holds. I’m here to tell you that it lives up to all that, and why you should give Blasphemous a play if you’ve not heard of it yet.

There have been many attempts to capture an oppressive and haunting atmosphere with retro games, and whilst it seems like it would be simple–think back to less is more days with limited pixels letting your imagination fill in the blanks– Blasphemous manages to accomplish complete immersion through every aspect, visually and gameplay-wise. I would like to talk about the story in terms of generalization here for a moment: the religious tones of Blasphemous have such a unyielding grip on the player, that the game itself often feels cursed itself. NPCs speak with devout tongues as they casually clean up the gored remains of their peers, not missing a beat to mention the complete and utter despair they live in. This wouldn’t even be the jarring part upon walking into your first village either; the skies are muddled and the ground painted ominously with blood and soil. Look around and your enemies clearly suffer from their own curses. Blasphemous is humanity’s doom, but playable.

The sprites are something of a masterpiece within themselves. Your character, The Penitent One, dawns an otherworldly pointed helm with the face of a gladiator on it. Twisted vines creep their way to the top…and all of this is clearly visible with limited detail. They run like Naruto on fire–dragging a sword behind, but handle with catlike grace. Platforming with The Penitent One is plucky in the best way. Auto grabbing to save you from falls and just enough inertia in the run to keep you on your toes. You will be punished if you’re not paying attention, but if you are, you’ll have a fantastic time moving in leaps and bounds. The Penitent One’s abilities will also bend at your will as you find and collect relics and rosary beads (Such a nice touch, that), breaking up any monotony found in exploring.

Combat is calculated and requires timing and skill. A parry function is taught early on and is absolutely necessary to survive. Quite a few enemies require a successful block to get a decent hit in, and wailing on them when they drop the guard once usually isn’t an option. The Penitent One has to have a show of patience in the fights they engage in–greed will only cut your life short. One thing I can say about the combat is it’s fair. It’s tough, and finding different rhythms with enemies will be a thing, but it’s fair. Bosses are also a horrific treat to behold, and certainly won’t disappoint with their repulsive nature. Think of it like this: it’s like if Castlevania were actually visually terrifying in every way shape and form.

View some Blasphemous screenshots in our gallery:

Blasphemous isn’t overly complicated with it’s gameplay, and puts it’s focus (wisely) into it’s core. Quality seeps from every disgusting, nightmarish crack as you trudge through, atoning for The Penitent One’s sins. I can’t stress how striking from an artist’s standpoint every aspect of this game is. It’s not a walk in the park by any means either–this is a difficult game, fitting perfectly with the theme. You will stumble and fail on your journey, but you will keep coming back for more. You’ll need more than faith, Penitent One. Have some luck too. You’ll need it.

Blasphemous was reviewed using a digital code supplied by the publisher.

In this article:Blasphemous, Nintendo Switch, PC, PS4, Team17, The Game Kitchen, Xbox One