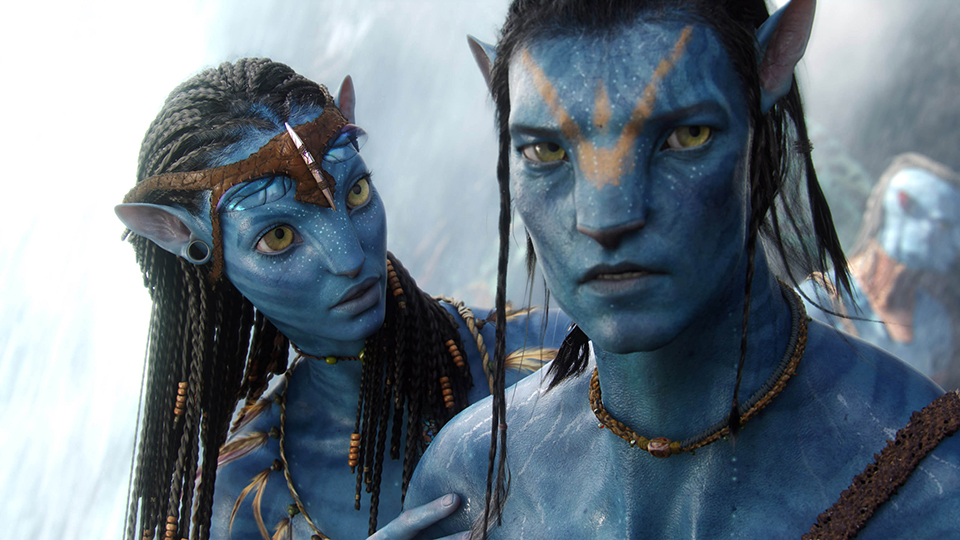 When it comes to 3D, we’ve probably all been in a rather similar situation. Snatching off the glasses mid-film to play a cinematic game of “spot-the-difference”; noting the changes between the blurry, contorted images and the stereoscopic 3D projection before ourselves. Then – if you were anything like me – you’d wonder, “is this really the future of cinema?”

We were all told 3D was the next big thing, as more and more films would market themselves in aggressively bold poster text that the only way to experience the latest film was in 3D. This evolution wasn’t just limited to new films either, re-releases of Star Wars and Titanic were also being pumped out in the stereoscopic format to capitalise on the cinematic development. What was being called, “The Avatar Effect” was sweeping the world over and 3D as a result was swarming into every single multiplex.

However, since then there has been a move away from the format. Variety reports that 3D box office revenues have had a huge drop of 18% in 2017, according to a report done by the Motion Picture Association of America, signalling a steep drop off from the $2.2 billion in revenue generated by 3D films in 2010 as well as showing an overall trend of decline. Additionally, according to Lifewire, 3D televisions are no longer even in production and reports show that even IMAX have begun to phase out their 3D screens, recognising the public’s clear preference for 2D showings of the latest films. 3D, seemingly, is on the way out. Despite James Cameron’s statements that Avatar 2 will revolutionise the 3D experience, audience have become apathetic to 3D presentations of the latest blockbusters.

So, why the drastic change? Whilst numerous reports will rather ceremoniously declare the permanent demise of 3D, it must be noted that it may just be that 3D has gone dormant, rather than extinct. 3D, since it’s invention in the 1950s, has spiked in popularity at various points, having a sharp increase in the 1980s in theme-park attractions with the dreadfully ropey Captain EO and 3D connoisseur James Cameron’s T2 3-D: Battle Across Time. It is a possibility that a new 3D development years down the line may bring about another resurgence in the format as the trend has previously done so in the past.

Additionally, a seemingly rather pedantic but nevertheless important factor to consider is that people just don’t like wearing glasses to watch a film. While there have been new technologies that promise to throw away the need for the spectacles e.g. the Nintendo 3DS, most 3D presentations require the stereoscopic glasses to experience the film. Audiences have been conditioned to do as little as possible in the cinema experience, to sit down and to enjoy the film with preferably no distractions; 3D glasses are inherently an annoyingly disrupting factor. From regular prescription glass users not being able to fit them on, to the nauseating after-film migraines. Frustratingly, many cinemas now require that you bring your own 3D glasses on top of the premium that is already charged; inevitably ensuring that audiences would distance themselves from the format.

The immersive effect that 3D promised audiences now seems rather lacklustre with the introduction of virtual reality; VR has gone from strength to strength in recent years. Whilst being introduced as an accessory for gaming, these games are becoming more and more like small cinematic events in and of themselves. For example, see the excellent Star Wars Battlefront: Rogue One footage for a glimpse into how immersive and exciting these VR experiences can be, offering a 360 perspective of a stunningly rendered action set piece. As well as this, while 3D promises a higher depth to the image, IMAX Cinemas and 4K television sets deliver increasingly more impressive picture quality without the need for glasses, rendering 3D rather inert in this regard.

Moreover, audiences were quick to learn that whilst Avatar did rejuvenate 3D under James Cameron, not all films with the 3D label had that much thought and care put into their production. When studios caught on to how successful Avatar had been at the box office, they were quick to convert films – shot with no intention of ever being shown in 3D – into the format and often had rather disastrous results, such as the abysmal Clash of the Titans.

This article would be remiss not to mention films that have been shot either with 3D specialised cameras or been made with 3D showings in mind such as Transformers: Dark of the Moon, Gravity and Spider-Man: Into the Spider-Verse. These films did admittedly add something to the experience when watching in 3D, with the comic-style neon visuals of Spider-Verse popping off the screen being a personal favourite. However, most 3D released films have been converted hastily into the format in post-production. This process not being done out of creative flair but rather glutenous commercial reasoning. These mainstream films have done very little to warrant the premium that audiences have to pay to “experience” these films.

As mentioned earlier, it may be unfair to declare 3D a dead medium at present. The format may very much have a revival with the release of Avatar 2, but this is – admittedly – unlikely with audiences mostly having turned away from that particular film-viewing experience. Unless Avatar 2 brings with it some miraculous new technology, I imagine most individuals will be purchasing their tickets for the 2D screening. While the way films are made and the technology behind them has exponentially evolved and changed for the betterment of the film viewing experience since cinema’s inception, the way we watch films has actually changed very little. Audiences sit in a darkened room and immerse themselves in a different world or life with as few distractions as possible and 3D brings with it a number of disruptions. The success of formats such as IMAX and 4K is due to the fact that there is no need for off-putting accessories to enjoy the film nor any risk of post-film nausea, they merely add to the simple system that has worked for over a hundred years. 3D may not be in the grave, but it won’t be coming back any time soon.

Advertisement. Scroll to continue reading.
In this article:Avatar, Clash of the Titans, Spider-Man: Into The Spider-Verse