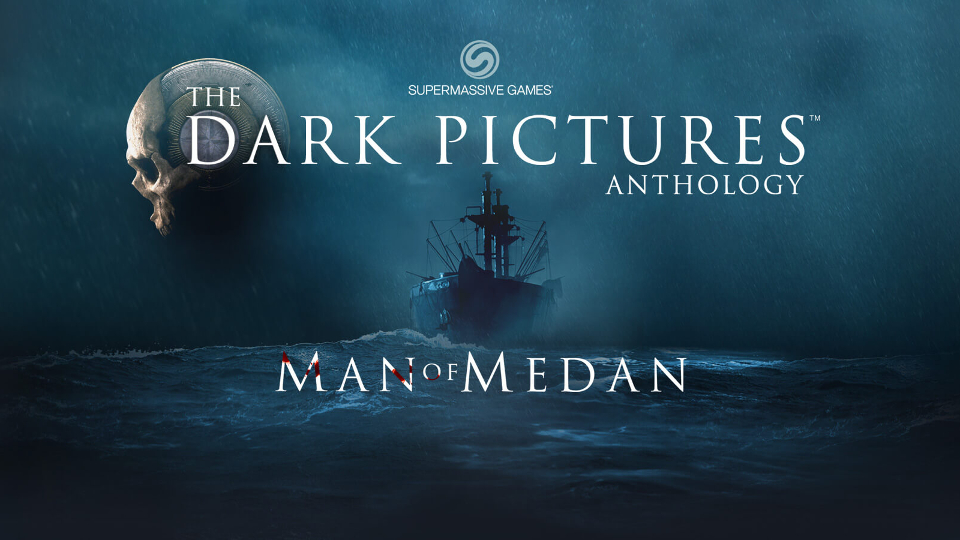 Supermassive Games have proven themselves in such a short amount of time. They’ve been around for 10 years but it wasn’t until 2015 when they released Until Dawn. An ambitious horror, using the powerful Decima Engine, they knocked it out of the park. Since then, they’ve experimented in VR titles and have become a developer to take note of. Man of Medan is the first title in The Dark Pictures Anthology, which will be comprised of eight horror titles based on various myths.

Alex (Kareem Alleyne), Brad (Chris Sandiford), Julia (Arielle Palik) and Conrad (Shawn Ashmore) are in search of adventure. They are sick of parties and want to see something different. Brad is a keen history buff and has found the location of a sunken WWII plane. The group decide it’s the perfect change to their boring life. Sunny days, blue oceans, beautiful sea life and drinking beers until the sun comes up, what’s not to love? They meet their young captain, Fliss (Ayisha Issa), board her boat the Duke of Milan and head off in search of adventure. Things take a turn when they are besieged by pirates and forced aboard a mysterious ghost ship in search of treasure.

View the Man of Medan launch trailer below:

The thrill of a planned adventure, turned into a forced march through hell is great but there are a few stumbles that the story makes. Firstly, we have the cast. Alex is your typical overachiever, he is in a committed relationship with Julia and has a close relationship with his brother Brad. Brad is your archetypal nerd, Julia is a generic rich girl and Conrad is the joker of the group. Rounding out the cast is Fliss, the stern captain. Until Dawn had a similarly generic cast but it had fun with the stereotypes, here they are set in stone. To be clear, it’s not a bad thing but the issue is that we have roughly half the time to get to know the cast and the way it’s presented isn’t ideal. The most interesting character is The Curator, played by the wonderful Pip Torrens, who serves as a narrator for the game. He is similar to Dr Hill in Until Dawn, remarking on your choices as you progress.

The story itself is interesting, based on the real life SS Ourang Medan myth. You are given a mysterious intro to set the tone and then get to know your cast through some simple interactions. The real story begins once you are abducted by the pirates and held hostage on the Medan. Running around the gigantic ship is great, you play as any of the characters at different intervals and while you don’t have free roam, there are a few paths to take. As it’s a horror game, monsters and danger await at every turn. This is all excellently done, until you “get it”. Treading very carefully with my words here but there is a certain revelation that if you figure out early on, can completely ruin the game. Avoiding spoilers, let’s move onto the gameplay section.

At its core this is an adventure game. You have dialogue choices and story-based event choices to make, as well as QTE based cutscenes. Dialogue is simple enough. You can choose how to respond to people, but this will affect relationships and the personality of the characters. These have tangible effects on gameplay. A more nervous character will react differently than a headstrong character but knowing what is best for the scene is part of the puzzle. It’s not that dynamic but it gives you the illusion convincingly. The story-based event choices are the most dramatic. People can die in an instant and based on the relationships you’ve fostered, can ruin your plan or solve complex issues. This is all fantastic.

On my 3 playthroughs, the core story never changed but there were radically different engagements based on how the cast interacts. You feel like the director of a movie. The context sensitive QTE’s are fine, I can’t see any other way of doing a game like this without them. One missed press can result in death and for some people, that might be a turn off. Like with Until Dawn, it has a premonition system. By finding pictures throughout the game, you are given a short clip of a future event. This may help you survive a deadly encounter or steer yourself towards one, if you so desire.

View some screenshots of Man of Medan in our gallery:

Supermassive Games have moved from the Decima Engine to Unreal Engine 4 for this title. Firstly, the game looks incredible. Character models are some of the best I’ve ever seen, especially the facial animations. The texture-work and art design are also top notch. However, Unreal Engine 4 exhibits its tell-tale flaws. Pop-in and character rigging issues are frequent and immersion breaking for some players. The soundtrack is excellent and the voice acting is brilliant, it’s intentionally silly and works great.

I may have given the impression that the story is bad and that comes down to a simple fact. It’s meant to be. The characters are generic and the story is basic but it’s how you pilot the characters through this nightmare that is the real draw. In this regard, Man of Medan nails it. There’s ample room for character changes and once you complete the story you can play the Curator’s Cut, an alternate version of the story that has new scenes and decisions to make (This is pre-order exclusive that will be made free to all players later in the year). Those who loved Until Dawn will have a great time, as well as those looking for a creepy and campy horror game. There are options for online and local co-op play as well. Game length is around 5-6 hours but is meant for replays. Supermassive Games are looking to release a game every 6 months and the next title Little Hope, leaves me with a lot of hope for this series.

The Dark Pictures: Man of Medan was reviewed using a copy of the game purchased by the author.

In this article:Bandai Namco, Man of Medan, PC, PS4, Supermassive Games, The Dark Pictures, Xbox One